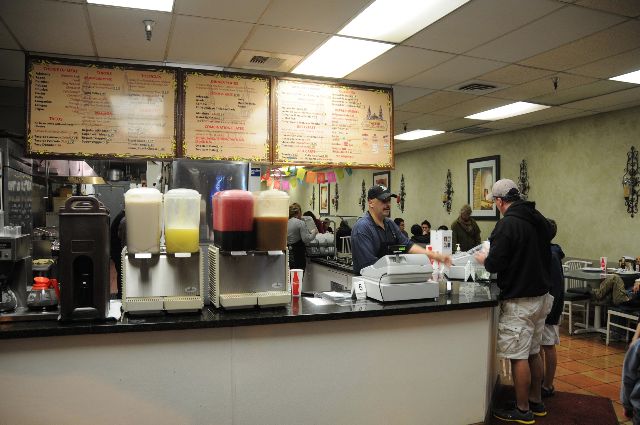 After tallying up the votes, the award for the best burrito in Davis goes to Taquería Guadalajara. Located on W. Covell, the restaurant is known for its regular, super and super giant burritos.

“It feels great that we’re giving the customers good quality food at their liking, that they’re voting for us as the best burrito,” Hernandez said.

Guadalajara customers have many favorites, and since there are 10 meats to choose from, there is always more to like.

“The most popular burrito is the spicy pork, meat-wise. The super burrito with the works — sour cream, cheese, guacamole — and also the super-giant — [an] almost a three-pound burrito — are good ones,” manager Rigo Hernandez said.

The casual dine-in style allows customers to drop in whenever they want for a quick meal. Passionate burrito blogger Chris Whang certainly enjoys the convenience of grabbing a carne asada burrito right before class.

“The quality of food at Guad’s is the best in Davis and at only $5.89 for a super burrito, the value cannot be beat,” he said. “Also, do not forget the horchata.”

Priced at $10.99, the three-pound super giant burrito is a favorite of Whang’s, but he struggles to get the job done.

“I always have the mindset that I’m going to finish the giant in one sitting, but as soon as I get half-way through, I ask for a to-go box,” Whang said.

Having access to the free chips and salsa bar, Guadalajara understands what students want and prides itself in satisfying them.

“What I like about the Davis community is that it’s a different community. It’s just different. It’s more ‘in’ with the students. … Being a student myself before, you kind of got that little attachment to them so you want to service them; you want to give them good pricing and service [so] that they’ll keep coming back,” Hernandez said.

Chipotle is also another burrito favorite located on E Street, while Taquería Davis is found on L Street.