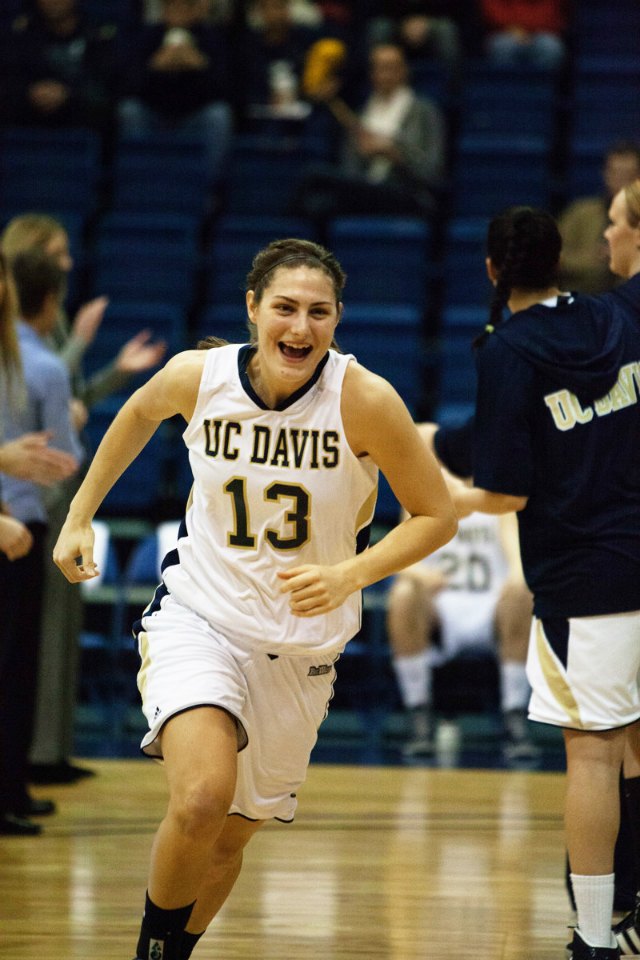 The Aggies had an up-and-down weekend, splitting their two-game home stretch. They played three good halves of basketball, but the final of the weekend cost the Aggies the second game.

After splitting the weekend games, the Aggies are now 11-15 overall and 6-9 in conference. They are now seventh in the conference, just ahead of UC Irvine.

Thursday — UC Davis 70, UC Riverside 56
Sophomore Sydnee Fipps had a fantastic performance with 27 points and seven rebounds. Fipps and senior Cortney French, who added 13 points of her own, led the Aggies past the Highlanders.

It was a back-and-forth affair for most of the game. The Aggies went into halftime with a 27-23 lead. This lead was due to their superb defense, which held the Highlanders to 25 percent from the field in the first half.

Despite the Highlanders’ poor shooting performance, they managed to stay in the game with offensive rebounds. Their second-chance opportunities and determined play allowed the Highlanders to come back and gain a one-point lead with a little less than 13 minutes to go.

This was when Fipps took over the game, as she scored 10 of the Aggies’ next 13 points. The crucial run gave the Aggies a 10-point lead to put them up 52-42, with nine and a half minutes remaining.

The Highlanders could not mount a comeback after Fipps’ run. The Aggies’ stringent defense, coupled with the fantastic scoring output of Fipps proved too much for the Highlanders to handle.

This game presented a nice momentum booster for the Aggies, who had been struggling before this game.

“We feel good about the performance we had tonight and we’re excited to see where we can go,” said head coach Jennifer Gross.

Saturday — UC Davis 42, Cal State Fullerton 60
The Aggies suffered a second-half drought which led to a Fullerton comeback win. The Aggies started off well, leading by five at the end of the first half. The positive start was led by Fipps, who had eight of her 14 points in the first half.

The Aggies maintained their momentum in the first two minutes of the second half, expanding their lead by nine. However, the Titans seemed to turn on a switch and went on a 9-0 run to tie the game. The Aggies managed to rebuild their lead up to four, with a jumper by French and a layup by Fipps. These were the last baskets made by the Aggies for almost 11 minutes.

During the drought, the Titans went on a 19-0 run and pretty much sealed the game. The Titans outscored the Aggies by 23 points in the second half.

“I thought our energy was good before the game; I thought our confidence was good,” Gross said. “We didn’t maintain that through the entire 40 minutes, and somehow we got in a rut in the second half.”

The Aggies will now head out for a two-game road trip. They will play at UC Irvine on Thursday, and conclude their road trip on Saturday at Long Beach State.