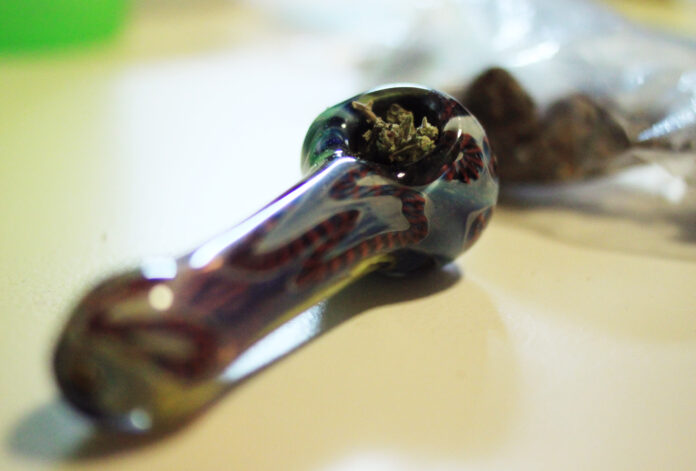 In 2005, there was a proposal for a dispensary in Davis but no official application was filed. At the time, there were no regulations regarding medical marijuana dispensaries, taking the issue to the Davis City Council. Councilmembers passed an ordinance stating dispensaries are not allowed.

“This is so our community stays safe and family-friendly. This was also decided because marijuana use is illegal under federal law,” said Katherine Hess, Davis community development administrator.

In 2011, however, Steve Maki established a medical marijuana clinic in Davis called 420 Relief. Because the clinic only provided recommendations, with no marijuana on the premises, it was legal in Davis. Hess said she assumes it closed down for business reasons.

Alex, an anonymous third-year biological sciences major, and a former 420 Relief customer, believes public outcry may have caused Maki and 420 Relief to leave the city.

“Besides the college, Davis is a very wealthy suburban family atmosphere that would not stand for such an establishment,” Alex said.

Dispensaries in hiding
Five out of the six listed dispensaries in Sacramento — Doctors Orders Rx, Valley Health Options, River City Phoenix, Canna Care and Abatin Wellness Center — refused to comment on how their systems operate and regulate, while the sixth dispensary, R&R Wellness Collective, is no longer in business. The Sacramento 4/20 Evaluations Center, where one files for a medical marijuana card, also refused to comment.

Dr. Amanda Reiman, California Policy Manager for Drug Policy Alliance and lecturer at UC Berkeley for social welfare, has done research on how dispensaries operate as health service providers as well as how marijuana is used as a treatment for addictions.

“I’ve studied marijuana on the preclinical level on animals. I’ve seen that marijuana blocks brain signals for craving, which is the reason why people relapse. Cannabis has a particular impact on reducing cravings for methamphetamine users,” Reiman said. “Many believe marijuana to be a gateway drug, but I’ve found that people are using it as an exit drug to ease withdrawal successfully. I would like to see substance abuse treatment programs consider using marijuana in the future.”

Reiman provided a possible explanation as to why several Sacramento dispensaries have refused to comment.

“Around California, there is a different level of comfort that dispensaries feel towards local jurisdictions. There is a lot of hostility with local governments and residents, so dispensaries feel they need to remain hidden, because if [the] city council knows what they are or where they are, they might be shut down,” Reiman said. “The federal government has shut down high-profile dispensaries before and this makes others nervous.”

“The federal government does not recognize marijuana’s medical benefits or state legality. The government does not go after states with programs and regulations — like Washington and Colorado — because it provides legitimacy. California doesn’t have any regulation,” Reiman said. “The federal government needs to admit marijuana has medical value and establish a system. Personally, I think the best idea is to move marijuana out of Schedule I, showing it has medical value, and have the states set up their own programs of regulation.”

Schedule I drugs under the Controlled Substance Act are considered to have a high potential for abuse, have no current accepted medical use and have a lack of accepted safety under medical supervision.

“It is ridiculously easy to get a card even if you do not have any medical documentation,” Alex said. “When I went to the 420 Relief clinic, they did not even require documentation at my evaluation. Instead they issued me a temporary 60-day license on the good faith that I would bring in the paperwork. The same day I went to get my card, one of my friends went with me with a made-up excuse and got his with no questions asked.”

However, Reiman believes that there is legitimacy to the loose requirements behind obtaining a card.

“The problem is we don’t know all conditions that marijuana can relieve or help. California Proposition 215 doesn’t list specific conditions for this reason, so there is no finite list. I don’t think there should be a finite list of conditions,” Reiman said. “Marijuana for medical purposes varies and it is a personal relationship between a doctor and patient. Marijuana can also be less toxic and harmful to the body than over-the-counter medications. Herbal remedies can replace pharmaceutical drugs.”

Students weigh in
Alex has a medical marijuana card for obsessive compulsive disorder (OCD) but doesn’t always use dispensaries.

“I struggled with OCD in high school and tried six months of switching between Prozac, Zoloft and other SSRIs (selective serotonin reuptake inhibitors), which all left me with some sort of annoying side effect. I finally decided to try medical marijuana,” Alex said. “I now have a card and I either obtain marijuana illegally through dealers — the most common method for the students of Davis — or I travel to the Sacramento dispensaries.”

David, an anonymous first-year psychology major, does not have a card but is able to regularly get marijuana through a friend who utilizes a delivery service called the Sacramento Pier Collective. David has legitimate reasons for smoking weed — depression and possible Crohn’s disease — but he admitted that he doesn’t smoke for those conditions.

“It’s fun to smoke weed,” he said. “I think it should be legalized for recreational purposes. It’s less destructive than alcohol and alcohol is more readily available and causes much more long-term problems.”

Not all students feel the same way. Adrienne Jones, a first-year linguistics major, disagreed with marijuana use for both medical and recreational purposes.

“I don’t think marijuana should be prescribed for medical purposes because a lot of people that have cards use them to distribute marijuana to others. We have such advanced medicine that you do not need weed for painkillers,” Jones said.

Jones said she does not approve of substances being used recreationally. She said she considers it addictive, used too often as a gateway drug.

“People are less wary of marijuana’s effects compared to alcohol’s effects. Many are more cautious about alcohol because alcohol safety is so promoted,” she said.

DISCLAIMER: Names were changed to protect the identities of interviewed students who asked to remain anonymous.