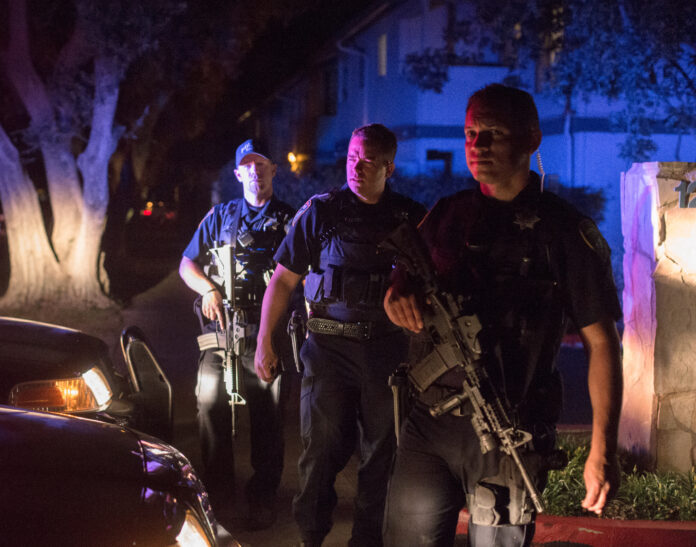 On Oct. 15, Davis Police searched the area surrounding Olive Drive in pursuit of an armed suspect.

According to Davis Police Lt. Glen Glasgow, activity began around 6:40 p.m. An officer attempted to stop a vehicle near westbound Interstate 80 near Mace Boulevard, but the driver refused to comply. The pursuit ended when the suspect exited on the Olive Drive exit and crashed into a parked car. The male suspect then ran into the apartment complexes on the south side of Olive Drive.

At around 10 p.m., the Davis Police sent out an alert warning people to avoid the area as they were still searching for the suspect. The police said the suspect was a tall white male in his 40s, wearing flannel, jeans and a black backpack.

“The perimeter was set up shortly after the minor crash, so from about 7:15 p.m. to 9:45 p.m. officers were actively searching for the suspect,” Glasgow said.

Police were not able to find the suspect Tuesday night and Glasgow said they are now working on identifying the suspect.

Anyone with information about this incident should call the Davis Police Department at (530) 747-5400.