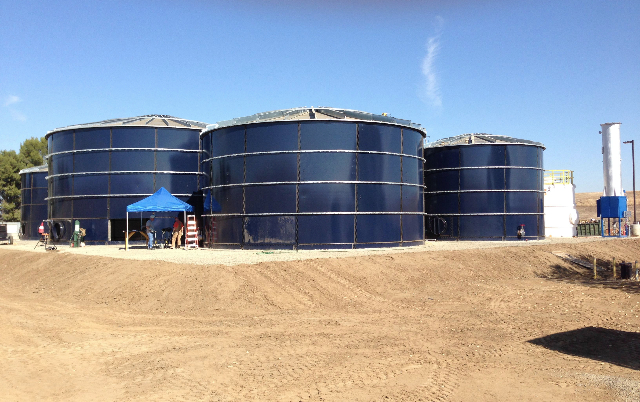 The biodigester takes waste from the campus and community and converts it into clean energy using bacterial microbes. These microbes feed on food and yard waste from both the campus and community, creating clean energy to be used as electricity for campus. The biodigester can convert 50 tons of waste into 12,000 kWh of renewable energy each day. The technology diverts 20,000 tons of waste from landfills in the Davis area each year. Project developers expect greenhouse gas emissions to be reduced by 13,500 tons per year.

READ allows UC Davis to accomplish many of its goals in terms of achieving sustainability. The biodigester will enable UC Davis to reduce campus waste, create renewable energy and apply technology created at UC Davis to the commercial world.

A majority of the waste that goes into the biodigester is from UC Davis dining halls, animal facilities and livestock and campus grounds. Any waste not converted to biogas to generate electricity is utilized as fertilizer and soil amendments.

The technology for the biodigester was developed by Ruihong Zhang, a professor of biological and agricultural engineering at UC Davis.

According to Sid England, assistant vice chancellor of Environmental Stewardship and Sustainability, UC Davis was awarded a grant from the U.S. Department of Energy to study the possibility of constructing a biodigester for the university campus.

“The initial feasibility analysis was completed in fall 2011 and UC Davis began working with CleanWorld on possible collaboration in 2012,” England said.

“Now that it is here, I think people will be looking for ways to participate,” England said.

According to Wong, CleanWorld recognized that this technology had the capacity to change the world and therefore wanted to contribute to its implementation on campus.

“I am very proud to be able to work on this project,” Wong said.

Wong also said that Zhang’s technology has the ability to be applied to the commercial side of energy and sustainability and that the technology can be replicated around the world.

Zhang, Wong and England are all UC Davis graduates, meaning that this biodigester was made a reality on campus by professionals who were educated at UC Davis. They stressed that the project is the product of UC Davis alumni working together to benefit their college campus.

UC Davis was named the #4 Coolest School by Sierra Magazine for the 2013-14 school year. It announced the title in August of 2013.

According to England, the entire campus has contributed to UC Davis obtaining the recognition.

“There is a deep commitment to sustainability that flows from students to professors and the administration,” England said.

LAURA FITZGERALD can be reached at campus@theaggie.org.