Why are birth control and cold medicine harder to get than a gun? 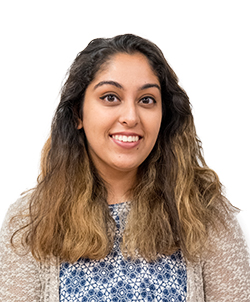 In the ad, Amy Schumer finally receives her birth control from the pharmacy after this arduous, evidently satirical process — only to find out she will have to go through it again next month due to the no-refill caveat of “controlled” prescription medicines. Cut to the next scene: a little boy walks up to the same pharmacist and asks for a gun. The pharmacist hands one across the counter and says, “Remember, that’s your right.”

Although greatly exaggerated, Amy Schumer’s skit highlights the gross disparity between obtaining something as personal as birth control and gaining access to something as potentially dangerous as a gun.

You don’t actually need to ask countless people for their permission to get on birth control, but there are a couple steps you need to go through. You need a prescription and then you need to visit a health care provider, a clinic or a Planned Parenthood center. Once you’re there, your health care provider asks you about your medical history and conducts any other medical exams he or she sees fit.

But, in most states, purchasing a gun requires no such inquiry about a past history, whether it be a criminal record or a possible mental illness.

Cold medicine, too, is often harder to get than a gun. Pseudoephedrine is a drug found in some over-the-counter and prescription cold medicines such as Sudafed or Entex. Pseudoephedrine, however, can also be used to produce methamphetamine illegally, which is why The Combat Methamphetamine Epidemic Act of 2005 works to limit the monthly amount of pseudoephedrine-containing cold medicine an individual can purchase. There is no law that limits how many guns you can buy.

New Jersey passed its “one-gun-a-month” law in 2009, only one of three states in the United States to do so. The law prevents individuals from buying more than one handgun in a 30-day period and aims to prevent mass distribution of guns by private firearm sellers. New Jersey took its cue from Virginia, which effectively passed the one-gun-a-month law in 1993 but saw its repeal in 2012 — despite drastic reductions in out-of-state gun crimes that traced back to Virginia gun dealers.

If more states adopted the same approach to guns as they did cold medicine, mass gun sales and gang activity would surely drop in the same way the Virginia law allowed.

Comparing apples to oranges is always a risky game, especially when it comes to such a widely-disputed topic as guns. Still, it is interesting to note how birth control, a personal choice which affects no one but the individual taking it, and cold medicine, which most people wouldn’t even think to buy to produce meth, are more tightly regulated than guns, which take innocent lives on a daily basis.