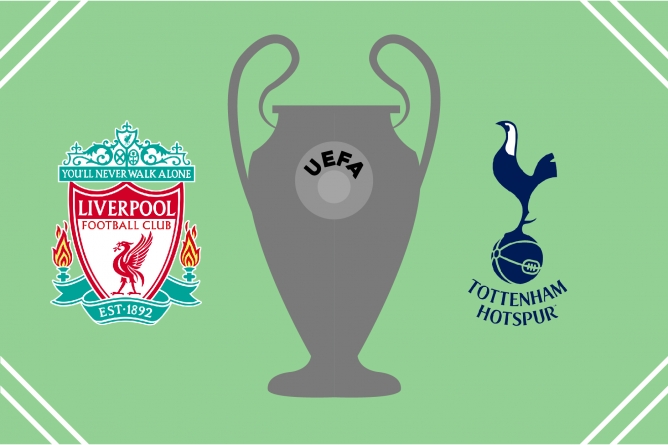 For the sixth time in club history, Liverpool Football Club was crowned the champion of European soccer last Saturday after defeating Tottenham Hotspur 2-0 in the 2019 Champions League Final. The win in Madrid was the culmination of an outstanding season and the deliverance of a well-deserved piece of silverware to cap it all off for Liverpool, who fell painstakingly short of capturing the Premier League title from Manchester City despite finishing with the third-most points in league history.

For the team’s manager, Jurgen Klopp, winning the Champions League finally validates him as one of the top coaches in the sport. Coming into the game, Klopp had lost six consecutive major cup finals, including two in the Champions League, and was desperate to produce Liverpool’s first trophy of any kind since the 2012 League Cup.

Saturday’s match was one of the more mundane Champions League finals in recent memory, with virtually no memorable or iconic moments typically found in a game of this magnitude. There were few legitimate scoring chances for either side and the dozens of individual mistakes resulted in a sloppy style of play, partly attributed to the three-week break before the game and an exhausting 10-month season.

A controversial handball called on Tottenham midfielder Moussa Sissoko during the first 30 seconds of action allowed Liverpool forward Mohamed Salah to convert a penalty kick, setting the stage for an uneventful first half of play in which Liverpool was content to sit back and defend its early 1-0 lead. With the exception of a couple close Liverpool misses on long shots from outside the box, the opening 45 minutes were, frankly, a snooze fest.

Tottenham threatened to net the equalizer on several occasions in the second half, but clutch defending from Virgil Van Dijk, Liverpool center back and Man of the Match, coupled with some phenomenal saves by goalkeeper Alisson Becker kept Spurs off the scoresheet.

Tottenham forward Heung-min Son had a breakaway chance in the 75th minute, but Van Dijk hustled back and poked the ball away just as Son was winding up to shoot in front of the net. Ten minutes later, Alisson made a headlong, diving save on midfielder Christian Eriksen’s free kick from just outside the box, but the momentum was firmly on Tottenham’s side and an inevitable equalizer seemed imminent.

Liverpool forward Divock Origi, the man who scored two goals in the team’s unbelievable 4-0 victory over Barcelona in the semifinals, came on as a substitute early in the second half with an intention to make his presence felt again. As Liverpool was clinging to the one-goal advantage in the closing stages, Origi scored a magnificent, championship-sealing goal in the 87th minute, firing a well-placed, weak-footed strike to the bottom corner of the net.

As the full-time whistle sounded, Liverpool players and coaches rushed the field to celebrate in a display of emotion. The team spent an extended amount of time embracing the thousands of traveling fans in the crowd with another tear-jerking rendition of “You’ll Never Walk Alone” before lifting the Champions League trophy and celebrating late into the night in Madrid.

Hundreds of Liverpool fans in the Sacramento area packed de Vere’s Irish Pub in downtown Sacramento creating an unbelievable atmosphere to take in the match. As fans sang famous club songs like “Allez Allez Allez” and serenaded beloved players like Salah and Van Dijk throughout the afternoon, it almost seemed like they were watching the game from somewhere in England or Madrid. When Liverpool finally hoisted the trophy, local fans were lighting off flares of red smoke outside the pub, making L Street in Sacramento feel like Anfield Road. It was a truly special moment for everyone in attendance, as complete strangers embraced each other and shared tears of joy as they watched their club win the Champions League for the first time in 14 years.

For fans of European soccer in the United States, moments like these are especially hard to come by because of the 6,000 miles that remove fans from the real deal. There are significant cultural differences between the U.S. and European countries, even when it comes to sports, so it’s extremely rare to come across a gathering of fans so passionate about cheering on their favorite club in the same manner. For many of us, it is the bittersweet reality that moments like these are the closest we’ll ever get to truly experiencing the beautiful game of soccer like the locals across the pond do. So for a few hours on Saturday afternoon, American Liverpool fans got a chance to live out that dream and celebrate an inspirational accomplishment.

As soccer continues to grow and gain popularity in the United States, there is hope that one day Americans will be able to cherish and revere the sport as much as fans in other continents do.

The Reds returned home to Liverpool on Sunday afternoon, where they were greeted by over half a million fans who watched as the team triumphantly paraded through the streets of the city center on double-decker buses. It was a glorious site for anyone affiliated with the club around the world, as scenes of falling confetti and clouds of red smoke filled the city streets down to the waterfront of the River Mersey.

After a long and grueling season, the summer break for soccer has finally arrived. Besides a few international friendlies and the Copa America tournament in South America, the next two months are a time for players to rest their bodies and minds before the grind of a new season begins in August. In the meantime, team rosters will be shaken up during the summer transfer window, which promises drama and the likely movement of superstar players to new teams.

Chelsea forward Eden Hazard is expected to make the move to Real Madrid in the coming days, marking the end of an eight-year run as one of the best players in the Premier League. In addition, Atletico Madrid superstar Antoine Griezmann has already announced his departure from the club and has been linked to teams like Barcelona and Paris Saint-Germain.