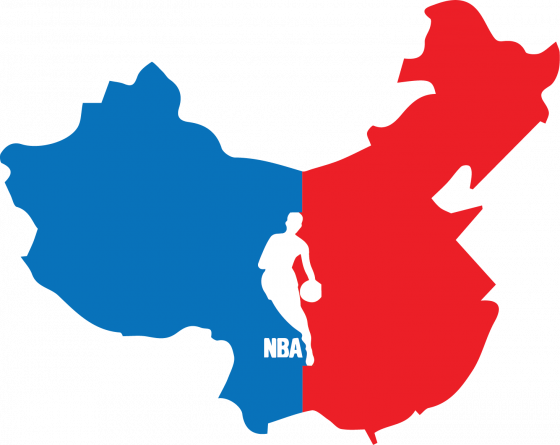 NBA placed in an unwinnable Situation

In recent weeks, a controversy between the NBA and China has unfolded, resulting in many criticizing a league that always seems to be on the forefront of progressive values. Attempting to balance political and business interests, the NBA has been put in an unwinnable situation throughout.

On Oct. 4, Houston Rockets General Manager Darryl Morey tweeted (and then quickly deleted) his support for Hong Kong, a region that has been engulfed by a surge of protests over government-sponsored legislation that would allow suspects of crimes to be extradited to China. These protests have been ongoing since June and have garnered media attention from across the world.

While the protests were initially only over the legislation, over the last couple of months the focus of the demonstrations has shifted toward a push for democracy. Some Chinese officials may have taken Morey’s tweet in support of the Hong Kong protestors as intending to criticize the Chinese government.

“We are deeply shocked by the erroneous comments on Hong Kong made by Mr. Daryl Morey, general manager of the Houston Rockets,” the spokesperson for the Chinese Consulate in Houston said in a statement released just two days after Morey’s tweet. “We have lodged representations and expressed strong dissatisfaction with the Houston Rockets, and urged the latter to correct the error and take immediate concrete measures to eliminate the adverse impact.”

There was talk over whether Morey would lose his job and, according to NBA Commissioner Adam Silver, China asked for the league to fire Morey.

“We made clear that we were being asked to fire [Morey], by the Chinese government, by the parties we dealt with, government and business,” Silver claimed at Time 100 Health Summit. “We said, ‘There’s no chance that’s happening. There’s no chance we’ll even discipline him.’”

China has denied the claims, but the ramifications that the Houston Rockets and the league has had to deal with are significant. Since the Rockets drafted Yao Ming in 2002, they have become the most popular team in China, a country whose NBA fandom has increased year by year. But after many Chinese sponsors boycott the Rockets, the team could potentially lose an estimated $25 million from those deals, an article by The New York Times reported.

The financial hits didn’t stop there, as sportswear brand Anta, which has deals in place with players like three-time NBA Champion Klay Thompson, suspended its contract renewal talks with the NBA. Another brand, Li-Ning, announced that it would also suspend its ties with the league.

Days after Morey’s tweet, the Chinese Basketball Association canceled a scheduled game between G-League affiliates of the Rockets and the Dallas Mavericks that was set to take place in China. The Brooklyn Nets and Los Angeles Lakers were scheduled to play two games in China as well, but after that announcement there were many questions still up in the air about whether the game would go on as planned — especially after an NBA Cares event involving the Nets in Shanghai was canceled as well. Posters promoting the game were taken down and there was a growing belief that the game would be canceled.

Confusion filled the air for both the fans and players, but ultimately the games were played as scheduled. But Tencent, the NBA’s official partner for broadcasting games in China, announced that it would not broadcast the games, and they were played without ad sponsors or media sessions for either team.

According to NBA data, the league received a total of about 500 million viewers throughout the 2018-2019 season. More people watched the deciding Game 6 of this past NBA Finals between the Toronto Raptors and Golden State Warriors in China (21 million) than did in the U.S. (18.33 million). And in July of this year, the NBA announced that they had reached a deal with China’s Tencent worth $1.5 billion over five years to continue being the exclusive broadcast partner of the NBA in China.
A conservative estimate based on public information of the NBA’s revenues from China is about $500 million, according to USA Today. The prospect of losing some or all of this revenue would have far-reaching consequences for the league. Lost revenues could have a significant impact on the NBA’s salary cap, for example, as some teams are already preparing for an estimated drop of around 10 to 15%. International TV deals and the global expansion of the game has allowed the salary cap to increase more and more each year. Losing some of that growth would have drastic effects not only in terms of league revenues, but also in terms of the direction certain teams would need to go in.

“The losses have already been substantial,” Silver said at the summit. “Our games are not back on the air in China as we speak, and we’ll see what happens next. I don’t know where we go from here. The financial consequences have been and may continue to be fairly dramatic.”

Since Morey’s tweet, the NBA as a whole has endured a massive amount of criticism for how it has handled the situation. A league most often viewed as progressive and free-thinking seems to be limiting its voice when it comes to this topic. Lebron James, the league’s outspoken superstar, came under fire for comments he made that were critical of Morey, showing that even players are facing pressure on an issue not with the NBA, but with global politics as well.

Many will say the NBA mishandled this situation — and rightfully so — as the league has been very careful with what it has said. This situation, though, seems to be one that is unwinnable from both the league office and the players’ side, as whichever decision they make will have a major impact one way or the other. As the season goes on, we will continue to see whether all of this eventually gets fixed or if the NBA must adjust to the huge losses in its global market.