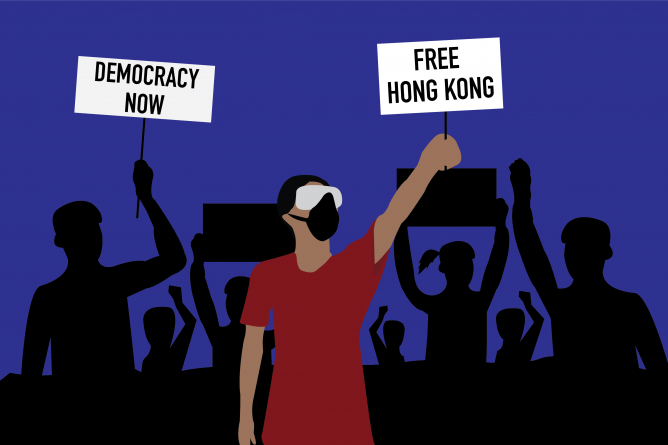 On Oct. 14, John Garamendi, the Democratic Congressman for the House of Representatives in District 3, held a town hall meeting in the Veterans Memorial Center in Davis. There, UC Davis students and Davis community members gathered to present Garamendi with 373 signed letters, declaring support for the Hong Kong Human Rights and Democracy Act.

Davis 4 Hong Kong, a group founded in early October, was responsible for the gathering of signatures that were given to Garamendi. Benjamin Leagh, a second-year food science major and member of Davis 4 HK, elaborated on the organization’s goal, saying “our mission is to bring awareness to what’s going on in Hong Kong.”

This event was the first time Garamendi publicly announced his support for Hong Kong, declaring that he would vote in favor of the Hong Kong Human Rights and Democracy Act in Congress.

The Hong Kong Human Rights and Democracy Act was passed the next day and states that “Hong Kong is a part of China but has a largely separate legal and economic system.”

In addition, the bill grants the U.S. a series of powers to place economic and diplomatic sanctions on any individuals found “responsible for gross human rights violations in Hong Kong.”

While the bill has bipartisan support in the U.S., it has been decried by both the City of Beijing as well as Chief Executive of Hong Kong Carrie Lam. Both parties argue that the U.S. has no right to meddle in affairs it has no stake in.

Hong Kong and China have officially operated as “one country, two systems” since Hong Kong was released from British colonial rule in 1997. This policy allows the city of Hong Kong to operate as a democracy independent of the Chinese communist government until the year 2047 when Hong Kong will be eligible for reabsorption into the Chinese government.

Lam declared on Oct. 23 that the extradition bill has been withdrawn from the Hong Kong Legislature and is “dead.” Protests, however, are scheduled to continue for the foreseeable future.

Protests are ongoing in Davis as well. On Wednesday, Oct.30, Davis 4 HK held an event where the group planned to dress up as Winnie the Pooh, a reference to the ban placed on the Disney bear in China after memes were made comparing him to China’s leader, Xi Jingping.

“We’re protesting because they’re still protesting in Hong Kong,” Leagh said. “As long as this goes on, we’ll keep bringing awareness to the issue — we’ll keep sending letters to congresspeople until they support the bill.”

After his town hall meeting in Davis, Garamendi commented on students’ involvement with such policies, according to the Davis Enterprise.