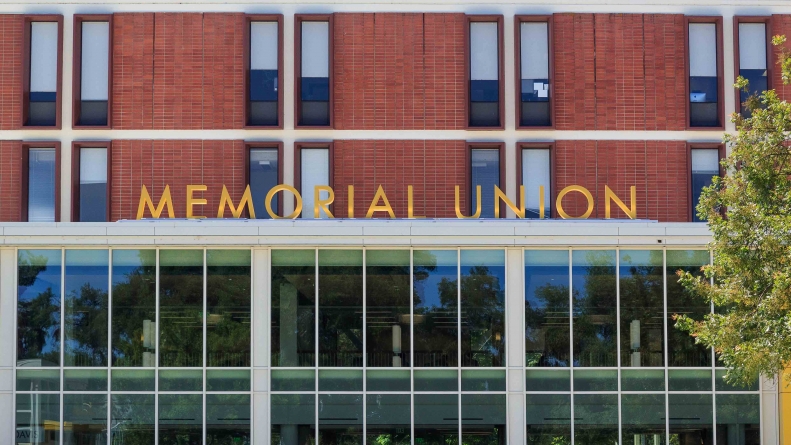 Many hope that low ASUCD voter turnout is on the upswing

ASUCD’s last election — the Winter Elections — saw a voter turnout of 5,892 students, accounting for approximately 20% of the student population. Prior elections, however, have seen voter turnouts as low as 4%. Voter turnout for student government has been a constant struggle at UC Davis, but many express hope that it’s on an upward trend.

“Voting happens online on the ASUCD elections website through a ranked-choice voting system,” Hurst said. “This quarter, the voting website will be active from [the] 12th until [the] 14th. Students have the opportunity to read through any ballot measures, there are several constitutional amendments this time around, and then see the candidates with their bios after. Any student can vote after logging in with their Kerberos ID.”

Hurst said voting gives students a chance to actively engage with the campus community. Voting takes little time out of students’ days, and whoever is elected onto the Senate will have an impact on students’ experiences at UC Davis.

“As students, it is important for our voices to be heard and, in a representative system, voting is the best way to do so,” Hurst said. “This election, students will get to vote on half of their Senate. The most tangible reason to vote for senators will come in budget hearings come spring, as these Senators will have a say in [how] ASUCD’s budget is allocated. These senators also will vote on resolutions to show the official opinion of the student body.”

Marketing has been an issue with past elections. Voting and the election cycle itself are not always overly publicized, which may play a role in low voter turnout. In an attempt to counteract this problem, Hurst plans to send out emails encouraging students to participate in the elections process.

“Our temporary elections committee will also have some funding to promote the elections through the purchasing of marketing materials, such as flyers,” Hurst said. “Social media, of course, is a traditional strategy.”

As president, Hurst has been working on reforms for election legislation.

“[I am] specifically looking at slates, since they have become more important to elections recently and need to be regulated for transparency purposes,” Hurst said. “I would also expect the Spring Elections — pending the approval on one of the constitutional amendments this election — to have a much more thorough marketing plan and turnout than this election.”

Third-year managerial economics major Neha Rathi expressed her feelings toward the ASUCD elections, saying she has felt a sense of disconnect between the student body and the administration.

“[I] was never aware of ongoing elections besides people changing their profile pictures on Facebook,” Rathi said. “I haven’t come across any candidates while elections were going on. Neither have I been able to see tangible results by any of the candidates or senators. People would be more willing to vote if we were told of the changes that senators in the past brought about.”

Rathi explained said she thinks low voter turnout can be attributed to lack of awareness and lack of incentives.

“I have friends in UC Berkeley that heavily advertise their candidacy by putting up tables during elections, hand out freebies and getting other students on their ‘team’ to help advertise further,” Rathi said. “At UC Davis, I’ve never come across anyone running for a position and neither have I seen posts by senators in the past showing any form of result that they brought about in their term.”

Some students feel that the current administration could take certain steps to achieve higher voter turnout and engage more students. Rathi feels that the first step to do so is education.

“If students were educated more about the benefits of being a part of such a democracy they would be more willing to vote,” Rathi said. “None of my friends even know what ASUCD is because they’ve never been inclined to learn more about the student government here. They also don’t know that they can make an impact here at Davis. High social media and in-person marketing would be required. The MU tables and the Quad should be full of students that are willing to run to become senator. This way students will be more willing to stop-by and hear more from them.”

Third-year neurobiology, physiology and behavior major, Sean Kumar, is a current ASUCD senator. He spoke about the previous election’s 20% turnout rate. He attributes the unusually high turnout to the fact that the Unitrans fee initiative was on the ballot — which was also highly advertised to the student body.

“Twenty percent is actually pretty high for ASUCD voting standards,” Kumar said. “I think this was due to the Unitrans fee referendum. After voting for the referendum, voters had the opportunity to vote for Senate. [But] I think the lack of voting is attributed to the lack of advertisement for ASUCD as a whole.”

He elaborated on the lack of student awareness throughout the entire campus, saying regardless of an election, many students are simply unaware of what ASUCD is and how it directly impacts their lives.

“Not a lot of people at Davis know what we do,” Kumar said. “I spoke to a couple of fourth years and they were not aware about what the Senate does at all. People aren’t going to vote for something that they don’t have any knowledge about. Also, after speaking to people about the Unitrans fee referendum, voters told me that they just voted for the referendum because they felt that the voting process was too convoluted, the ranking system made no sense to them.”

Kumar said ASUCD is “always thinking of ways to advertise” itself.

“I believe President Hurst’s efforts at improving freshman orientation will also help students gain more knowledge about ASUCD,” Kumar said. “However, I do wish candidates were allowed to campaign in student housing because it can introduce ASUCD to freshman early on in their college career.”

ASUCD does “really cool and impactful things” for UC Davis, according to Kumar. He, as well as most other senators, feel that voting is imperative in order to see specific changes made at the university level. ASUCD encourages students to take advantage of this unique opportunity to have their voice heard.

Those interested in voting in the upcoming coming election can vote at https://elections.ucdavis.edu/vote/ until Nov. 14.