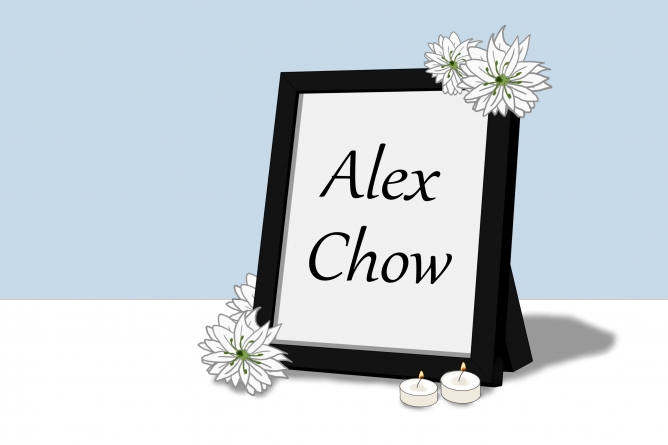 Over the past several months, Hong Kong has seen an inordinate amount of protest, begun in opposition to the extradition bill which would expand the list of countries suspected offenders could be sent to — notably allowing extradition to mainland China. As the months have passed, there has been an increase in violence between protestors and the Hong Kong police. One of the more notable incidents was the death of Alex Chow — for whom UC Davis students held a memorial on Nov. 8.

On Nov. 4, Chow, a 22-year old Hong Kong University of Science and Technology student, died during a pro-democracy protest when he fell from a ledge in a parking lot. Chow’s death has sparked protests and vigils worldwide and has contributed to ongoing tensions between Hong Kong and mainland China.

Davis4HK, a student-run group on campus supporting Hong Kong, held a memorial for Chow on the Quad. Fourth-year community and regional development major Fernando Anguiano explained the purpose of Davis4HK and what the organization hopes to achieve.

“What we are doing right now is showing solidarity from abroad for issues happening in Hong Kong right now,” Anguiano said. “We do have a fairly large population of Hong Kong students here at UC Davis and we want to be here to provide them a voice, as there has been clashes on campus. We want to be able to fight censorship attempts that have happened to us and to other individuals.”

Benjamin Leigh, a member of Davis4HK, said the image of Chow portrayed in news outlets might not match up with the reality of the situation.

“Most of the news outlets say that a protestor, Alex Chow, was running away from tear gas and somehow fell over the third story of a parking structure on to the second story,” Leigh said. “He went to the hospital in critical condition, but he ended up dying. Overall, what seems to have happened was that the police saw him and chased him and no one really knows exactly what happened on the third floor.”

According to Leigh, there was “no evidence of tear gas in the area.”

“That was most likely a lie told by the police,” Leigh said. “People overall do think that it was the police’s fault because they also blocked off people trying to help. For most people, it’s an instantaneous reaction to help someone who is dying, but that wasn’t the reaction of the police, so it says a lot.”

Leigh said the members of Davis4HK were deeply saddened by the passing of Chow and invited members of the community to the memorial held outside the MU. A table set-up for the event was decorated with white flowers brought from students throughout the day — the same flowers that protesters in Hong Kong left in the place that Chow fell.

“We wanted to honor his life and all the work he did fighting for Hong Kong,” Leigh said. “We wanted to bring more awareness to the community of the issues that are occuring in Hong Kong and how they have gravely impacted human lives.”