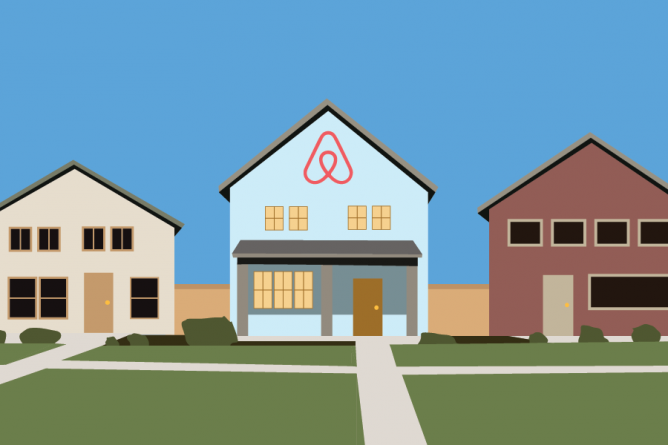 The City of Davis is currently reevaluating the state of short-term rentals in light of the impact that it has had on the community. On Feb.10, the Davis City Council revisited the issue of short-term residential rentals.

“Short-term rentals are, by definition, temporary in nature — occupied for less than 30 days,” Feeney said. “Oftentimes, they’re in private residences whether they are just part of a home or the entire home.”

The short-term rentals that Feeney and Stachowiz brought into question in their presentation are available for rental through services such as Air Bed and Breakfast (Airbnb) or Vacation Rentals by Owner (Vrbo).

These services have been functioning well in the city’s economy as of late, according to Feeney.

“The last time city council heard about short-term rentals was back in 2015,” Feeney said. “There was some city council discussion in and around the item. There was a desire to let the market mature and see how things go.”

The City Council met in 2015 to draft an ordinance that would ensure the ability to collect a Transient Occupancy Tax (TOT) from short-term rental services, specifically from Airbnb, according to Davis Enterprise.

It wasn’t until Nov. 1, 2017, however, that the City of Davis was able to start gathering TOT from Airbnb, according to The Aggie.

“Since that time, we have entered into an agreement with Airbnb on the collection of Transient Occupancy Tax,” Feeney said. “About $185,000 was collected in 2019.”

Despite the boost in revenue from these short-term rentals, there are people in the city who are dissatisfied with the presence of Airbnb in their neighborhoods.

“We haven’t had a lot of complaints — we’ve just had some sporadic complaints,” Feeney said. “But recently, we have had some complaints surrounding one specific rental that is being rented where there is more than one party in the home.”

In attendance at the meeting were three members of the community who live in the same cul-de-sac where the problematic rental is located.

One community member, Jack Clarke, addressed the impact of short-term rentals on his community.

“Our neighborhood gets an almost daily infusion of noise-producing strangers, with their automobiles and dogs arriving at all hours of the night,” Clarke said.

Another member of the community, Adrienne Shelton, addressed the council to voice her frustrations.

Upon hearing these perspectives from members of the community, Davis Mayor Brett Lee brought the discussion back to the effort to regulate these rentals on a larger scale.

The council stated that they are going to look into potential regulations and look to other cities for an example of how to better integrate Airbnb into the community of Davis.

Lee confirmed that he wants to do what is best for the residents of the community.

“The concerns expressed by the neighbors in this location are quite reasonable and reflective of what’s going on throughout the community,” Lee said.