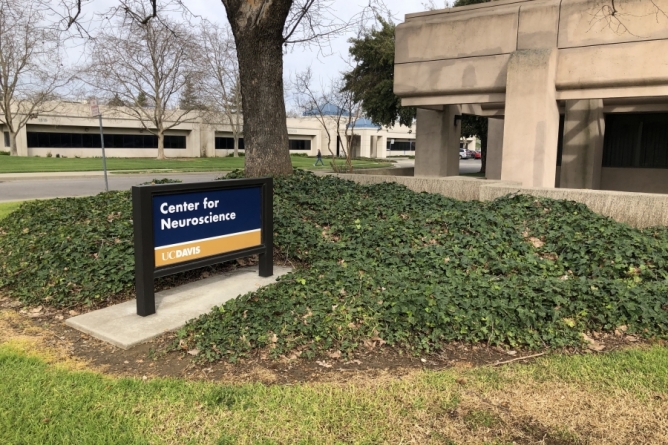 The Center for Neuroscience was set to hold their sixth annual NeuroFest on March 14 yet due to increasing concerns over the novel coronavirus (COVID-19), the center has decided to cancel the program.

“Due to the fluidity of the situation and in accordance with health guidance from the CDC, WHO and other health authorities, as well as input from UC Davis leadership, we have decided to cancel NeuroFest,” said Kimberley McAllister, director of the Center for Neuroscience, via email to those that RSVP’d to the event.

In response to COVID-19, UC Davis administration advised “maximum flexibility” and has not mandated cancellation of in-person classes or any on-campus events. But the risk of further spreading the virus prompted the cancellation of NeuroFest.

“The whole goal of this event is to be accessible and have neuroscience research be accessible to the community,” said Carlos Carrasco, a graduate student in the neuroscience graduate group, when the event was still planned for Saturday. “We want them to be aware of the cool science happening at UC Davis and have them learn something new.”

Under the guidance of Diasynou Fioravante, the assistant professor for the Center of Neuroscience, the neuroscience graduate group was the real powerhouse behind planning the event. The graduate students had selected mental health as this year’s theme after considering what the public would benefit most from. This same theme will hold for next year’s Neurofest.

“Mental health is always a great topic to discuss but for this year there was an increase in the number of undergraduate students and people in the community seeking out mental health advice, and I thought this is something we need to address,” Fioravante said.

Four UC Davis faculty members and three graduate students, all from the neuroscience graduate group, planned to present their mental health research at this event. David Olson, an assistant professor in the department of chemistry, was set to speak on the innovative ways that psychedelic drugs can become a powerful cure for many mental illnesses. Randy O’Reilly, a professor in the department of psychology and computer science, planned on presenting his research on schizophrenia’s effect on decision-making skills.

Along with the planned presentations, more than a dozen interactive booths were going to be offered. The booths ranged from debunking common myths about the brain to being able to touch real brains from a variety of species.

“All the booths are under the guise of mental health,” Carrasco said. “We will have information about keeping good mental health and will give insight into what we are learning and the treatments we have been finding.”

NeuroFest also planned on having a dark room with neuroscience-related activities that took advantage of the lack of light. For families with children, the kids room with booths would have catered to a younger crowd.

“We want to open the idea up to children that science is accessible and not so isolated from them,” Carrasco said.

One of NeuroFest’s main goals is to open the communication between research occuring at UC Davis and the general public. As a majority of neuroscience research is funded by taxpayer money, NeuroFest wants to showcase the progress that those funds have helped create.

“At the end of the day, the funding is coming from the taxpayer and we want to give back to the community that supports us,” Carrasco said.

Additionally, NeuroFest gives researchers at UC Davis the ability to present their findings directly to the public, opening communication between the two communities.

Despite Neurofest’s cancellation for this year, the same research and presentations can be found at next year’s event. The Center for Neuroscience plans on holding the postponed NeuroFest on March 13, 2021.