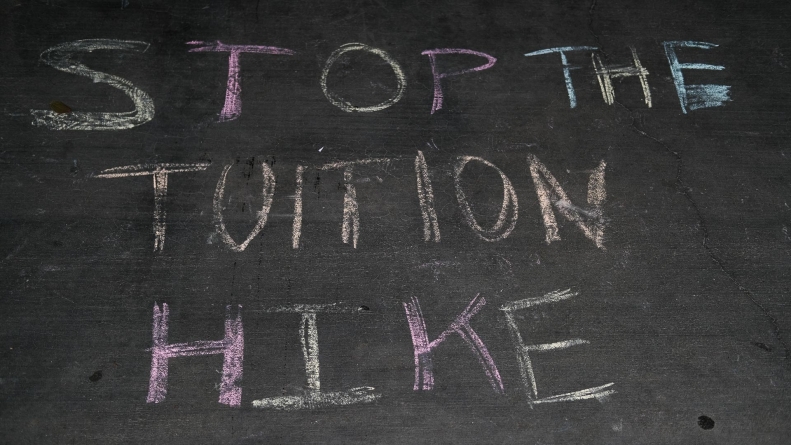 The vote on a UC-wide tuition hike, opposed by many, including Gov. Gavin Newsom, has been postponed again, after it had been previously postponed due to a clerical error. The latest vote, scheduled to take place at the UC Regents March 20 meeting, was pushed back due to discussions regarding the outbreak of COVID-19. Planned to be reevaluated, the tuition hike could be further postponed by the continuation of this crisis.

“Nobody knows the hit the economy is going to take in California or the world, and we don’t want to be in the position of being even more tenuous with our financial plans,” said Regent-designate Debby Stegura during the Regents’ March 20 meeting.

“Under the proposed tuition plan, UC would institute a one-time increase of systemwide charges for each incoming undergraduate class, or cohort, comprised of the following: Tuition, the Student Services Fee and Nonresident Supplemental Tuition,” said Sarah McBride, a media and communications strategist at the UC Office of the President, via email. “Under the plan, those costs would remain the same throughout a student’s attendance at the University. The charges students pay at the time of their enrollment would be what they pay annually for the duration of their time at UC — up to six academic years.”

The cohort tuition model has supporters on the UC Davis campus. Chancellor Gary May, in a February interview with The California Aggie’s Editorial Board, voiced his support for both the cohort-based model as well as a tuition increase more generally. Former ASUCD External Affairs Vice President Adam Hatefi supports the model, but thinks that a tuition increase is not “necessary at this moment.”

“We don’t need this increase until two or three years from now,” Hatefi said. “At that point, our enrollment growth is going to catch up with our funding increase, and then we’ll need to increase tuition.”

Newsom increased UC funding for the 2020-21 fiscal year by 5%, the second consecutive year of increased state funding. With the required enrollment growth from every UC campus, the UC will not be able to keep up with the rate of inflation, and a UC tuition hike would be necessary in two to three years, according to Hatefi.

“The University has raised tuition only once in the last eight years, by approximately $300 (or 2.5 percent), and campuses rely on tuition as well as State support to hire faculty, academic advisors and support staff,” McBride said. ”Recent increases in State support have partially addressed these needs, but it is not realistic to expect the State to cover all of UC’s costs, which is why a tuition increase is critical to maintaining UC’s high-quality of education.”

While some argue that the UC does not need to raise tuition at this time, UCOP remains stagnant in its position that a tuition increase is necessary to preserve the standard of quality education.