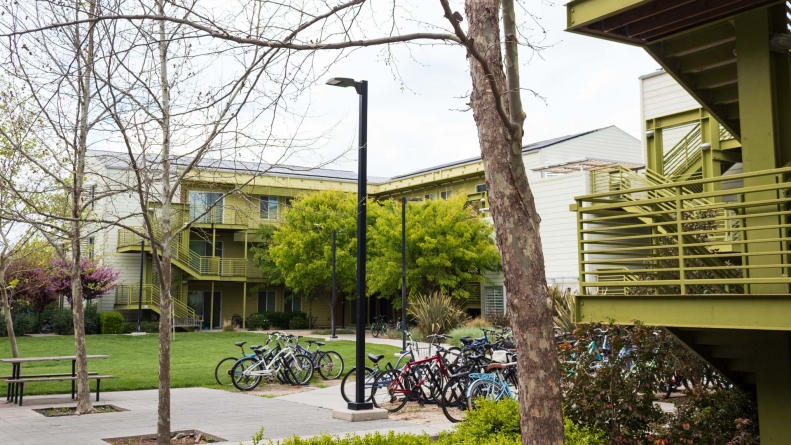 Student living in West Village reached out to UC Davis for help, said the university did not provide needed help

A UC Davis student living in West Village started displaying COVID-19 symptoms in mid-March. The student, who requested their identity be kept anonymous, was tested by Kaiser Permanente in Sacramento. Although the student’s test was invalid, due to possible issues that come with administering tests through new technological advancements, their healthcare providers believed they still had COVID-19.

A source with a close understanding of the student and their situation, who also asked to remain anonymous, explained over email that the student did not have any other respiratory illnesses. The student had tested negative for influenza A and B as well as mono.

UC Davis Health agreed COVID-19 was “the correct diagnosis,” according to the student. Given the confidence in this diagnosis, and the lack of available testing kits, led Kaiser and a physician at UC Davis to opt against retesting the student, the anonymous source said.

“Yolo County takes 9 days to return a result and they were sure [the student] had it anyway, and that getting a positive result wouldn’t change the way they were treating [them],” the source said. “Testing kits were so few that they couldn’t afford to use another one on [them] when they knew [they] had it anyway.”

Despite the confidence of the health professionals who interacted with the student, UC Davis administrators disregarded the student’s COVID-19 diagnosis. The California Aggie conducted an interview with the student over text after the student experienced difficulty breathing due to their illness.

“Me and my family reached out to UC Davis administration multiple times to inform them of my contagion status,” the student said via text message. “They either didn’t respond, took a long time to respond or didn’t seem interested. The chancellor is not reporting that students on campus are infected nor that you are exposing yourself on campus/around Davis. The two people he did mention he implied got it from Europe. Of course I have no idea where/who I got it from but I have not been traveling nor have been around anyone with symptoms. So I must have gotten it locally.”

Cindy Schorzman, the medical director of UC Davis Student Health and Counseling Services, said via email that there are campus resources for students exhibiting signs of COVID-19, such as providing transportation to the emergency room.

“An SHCS provider would determine if someone was sick enough to be sent to the emergency room, based on their clinical judgement, with factors including an individual’s blood oxygen level and how well they are able to breathe,” Schorzman said.

This resource, however, was not made available to the student, who was told by the UC Davis campus police that the Kaiser testing site in Sacramento was too far away for ambulance transportation, according to the anonymous source.

The source said that Kaiser had approved that initial test for the student, but because of concerns the student would expose and potentially infect others, a request was made that UC Davis transport the student via ambulance and the university “said no.”

“We asked UC Davis to test [the student] then [because] the ambulance would have taken [them] that far and they said no because we couldn’t link [the student] to a covid positive patient,” the source said.

The anonymous source said the student was forced to ask a friend for transportation to Kaiser Sacramento, despite the friend lacking the personal protective equipment (PPE) that an ambulance would be equipped with.

Although West Village reassured residents that the student did not test positive, the student said they could still be infected and warned those living in Davis that the virus could be more widespread than it seems because of inadequate testing.

“[West Village] did not tell me they were going to send out an email and I want to make sure west village understands that just because I don’t have a positive test does not mean I am not infected,” the student said over text. “This is probably the case for many people since the majority don’t qualify for testing.”

The student said all of the doctors they have spoken with assume they are positive with COVID-19 and “act accordingly.”

“I want people to know that covid is in davis and on campus and can make even young people very very sick,” the student said via text. “I want people to be informed and take precautions, especially west village since I am quarantined here.”

After experiencing the severity of COVID-19 symptoms and current testing procedures, the student urged young people to take the virus seriously, whether or not they display symptoms.

“I mainly just wanted to say that I feel like everyone should assume they have the virus and are asymptomatic,” the student said via text. “It might put things into perspective.”

Disclaimer: The identities of both the UC Davis student and the source with knowledge of the student’s situation have been kept anonymous to protect their identities.

Editor-in-Chief Kaelyn Tuermer-Lee also assisted with the reporting of this story.