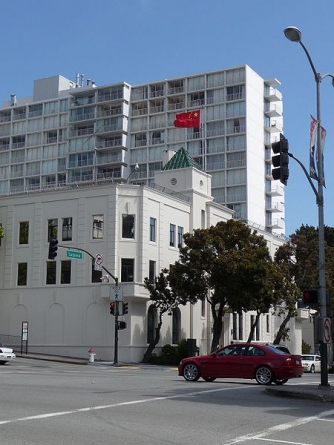 Visiting researchers at UCD, UCSF, Stanford arrested and charged amid growing tensions between US and China

Juan Tang, a former UC Davis researcher in the Department of Radiation Oncology at UC Davis Health, has been charged with concealing her previous military activities in China on her non-immigrant J-1 visa application, according to the FBI.

Steve Telliano, a UC Davis Health spokesperson, said that Tang was employed by UC Davis from January to June 2020 and was paid by a medical facility in China.

“The issues being raised are related to an application for a visa, which was completed prior to her entry to the United States and separate from the [visiting scholar program she was in],” Telliano said in an email.

According to The Sacramento Bee, Tang was interviewed by FBI agents at Pinecrest Apartments in Davis on June 20. The agents subsequently seized her passport. Though Tang denied having been in the Chinese military, the FBI discovered a second picture of her in a military uniform during a search of her apartment. The apartment complex could not be reached for comment.

Tang had also applied for benefits from the Chinese government related to her membership in the Communist Party there, the article said. If convicted of visa fraud, Tang could face up to 10 years in prison and a $250,000 fine.

Melissa Lutz Blouin, Director of News and Media Relations at UC Davis, said via email that Tang’s work was at a research laboratory and that Tang left her position at the end of June 2020. Blouin said Tang’s research was funded by the Chinese Scholarship Council, a student exchange program linked to the Chinese Ministry of Education and Xijing Hospital in China.

The California Aggie also asked Blouin for comment on a potential re-examination of these student exchange programs, but was referred to Telliano for a response.

“The issues raised in this situation are not related to the visiting scholar program or anything that happened at UC Davis,” Telliano said.

After being interviewed by the FBI, Tang allegedly fled to the Chinese Consulate in San Francisco, where she hid for several days.

Tang reportedly was unsettled upon hearing that there was a warrant for her arrest, and, accompanied by consulate officials, sought medical care for her asthma. Federal officers followed Tang there and the U.S. marshals subsequently apprehended and arrested her.

The officers took Tang to the Sacramento County Jail, and the Department of Justice (DOJ) publicly accused the Chinese Consulate of harboring a known fugitive.

The U.S. Attorney’s Office in California directed inquiries to the DOJ, which handles visa applications. The Chinese Consulate did not respond to The Aggie’s request for comment.

Tang has since appeared in federal court via video on July 27. Heather Williams, a federal defender, alleged that Tang’s daughter was forced to return to China alone after her mother was deemed a flight risk.

Other researchers visiting Northern California universities were also accused of failing to disclose military ties on their visa applications earlier this summer.

Xin Wang, a visiting researcher at UCSF who also applied for a non-immigrant J-1 visa, is accused of falsifying his visa statements, in which he alleged that he was an Associate Professor in Medicine in the PLA (People’s Liberation Army) in China from 2002 to 2016.

In an interview with Customs and Border Protection, he said he was still a high-ranking official affiliated with a military research lab when he came to the United States in 2019.

Wang said he was instructed by Chinese military university officials to observe the layout of the research laboratory at UCSF in order to replicate it in China. Wang also confessed that he had copied some of his UCSF professor’s work at a lab in China, according to a July 23 FBI press release. A grand jury in Northern California indicted Wang on June 22.

Song Chen, a visiting researcher at Stanford University, was also charged with visa fraud and arrested on July 18. Though Chen stated that she was only in the PLA from 2000 to 2011, the FBI statement said that the employer she listed on her visa application was a cover for her affiliations with an air force hospital in Beijing and another military hospital.

An investigation into Chen’s external hard drive revealed a letter to the Chinese Consulate of New York stating that her employer was a “false front.” Chen’s letter also noted that she had obtained permission for a second year in the United States from the PLA but was unable to send the corresponding documents to the Consulate because they were classified. Stanford could not be reached for comment.

Williams said that it was normal for a foreign individual fielding law enforcement inquiries to seek shelter in their consulate.

She attributed Tang’s arrest to growing tensions between the United States and China, which came to a head when documents were seen being burned in the Chinese Consulate in Houston last week. The United States ordered the Consulate’s closure on July 22 due to concerns over the safety of American “intellectual property” and “private information.”

Attendant officers, responding to a call about the fire, were not allowed to enter the Consulate as papers were burned in the courtyard.

Following the fire, the State Department alleged that China was violating American “sovereignty” and “intimidating [our] people.”

“The unilateral closure of China’s consulate general in Houston within a short period of time is an unprecedented escalation of [the United States’] recent actions against China,” said Wang Wenbin, a spokesperson for the Chinese foreign ministry.

On July 21, the Justice Department accused Chinese hackers of targeting firms developing vaccines for COVID-19 and stealing intellectual property and trade secrets from companies all over the world.

The California Aggie also contacted the University of California Office of the President for comment, but was referred to the relevant university campuses for a further response.