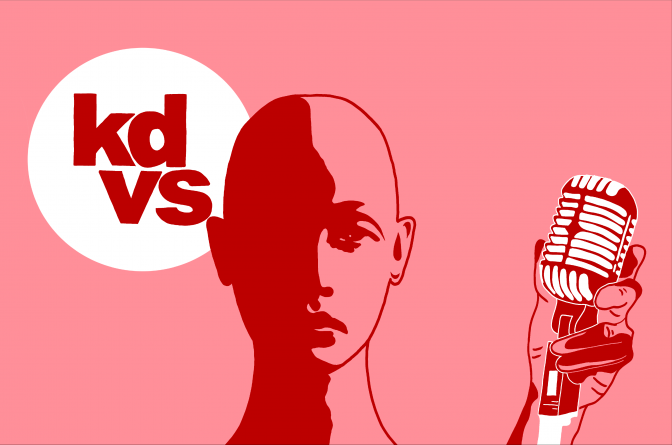 KDVS, a student-run community radio station at UC Davis, provides a platform for many students and community members alike. From music to podcasts, KDVS broadcasts a variety of content 24 hours a day.

Dr. Doug Desalles, a 1976 UC Davis alumni, hosts the podcast “Radio Parallax” at KDVS. Going on its 19th year, “Radio Parallax” began at KDVS by producing CDs and giving them to the station, along with occasionally putting on live shows. After a couple of years, the show officially transitioned into a podcast that continues to this day.

Desalles shared that the show covers many different topics as the station provides podcast hosts with a lot of flexibility.

“We’ve been doing the same thing all along,” Desalles said, “which is, as we say, the show about science, technology, politics, current events, history and whatever we […] please. So we’ve had a lot of latitude, and the beauty of KDVS is that they never tell you what to do. As long as you follow the rules, you get to do what you want.”

According to Paul Malelu, the producer of “Radio Parallax,” he and Desalles share an interest in current events, and Malelu will often help brainstorm ideas for the show.

“I think we both have a pretty big curiosity about the world, and [there are] so many fascinating things out there,” Malelu said.

Malelu has worked with Desalles on the show from the very beginning. Among his other tasks, Malelu edits the podcast to make sure it flows well and is listenable, in addition to adding music when necessary. He shared that a significant amount of time goes into producing each of the podcast’s one-hour episodes.

“For a one-hour show, it’s—at least on my side—probably eight production [hours] to do that, to get that show from [recording] him originally to a show that we’re willing to put out there that sort of represents us,” Malelu said.

Desalles is currently taking a break from producing weekly shows but remains active amid the pandemic creating biweekly content. He shared that, as a physician with a radio show, he felt an obligation to continue sharing accurate data with the public in today’s climate.

“I just thought it was kind of my duty to do that because there’s so much misinformation, disinformation and crazy Trump behavior in the last year that someone’s got to put out better data,” Desalles said.

He shared that regardless of the topic of each episode, the goal is to be informative and entertaining. The show has had many guests in the past, including comics like Will Durst and news anchors like Walter Cronkite, but has had to refrain from including guests recently because of the pandemic.

As the show continues into the future, Desalles shared his immense appreciation for KDVS and the flexible platform it provides.

“The beauty of a college radio station—and the podcast has evolved out of being in the college radio station setting—is that you have tremendous freedom to do what you want, and people are really open to lots of different things,” Desalles said. “KDVS tries to make an effort to fill the cracks in. There’s sort of a mandate for the station to try and meet community needs and get data out there. And I think that we’ve fit right into exactly that mold.”

Michael Meloni, a graduate student in chemical engineering, hosts “Science in Context” at KDVS. Meloni began his podcasting career co-hosting a KDVS food show with a friend for a year before deciding to start his own show about science.

“I enjoy learning and teaching, so this was a perfect way to do both and share some of the insight I have from my education,” Meloni stated via email. “KDVS is a great place to get started because there is not a large barrier to entry. Essentially anyone willing to put in the effort can have their own show.”

Each show is based on one scientific topic, such as permafrost, and Meloni researches each subject extensively. Meloni stated that he tries to present the information to the audience in an engaging way and occasionally incorporates interviews with experts as well.

While the show is usually released once a week, it has been on a hiatus. Meloni is on a nine-month break and plans on returning in February. Looking forward, Meloni hopes to expand to other stations and narrow the show’s focus.

“We are taking the show in a new direction, focusing mostly on environmental policy,” Meloni stated via email. “The show has only been on KDVS, but we are working to bring it to other podcasting services soon.”

Meloni advised those looking to start a podcast to ease into the process.

“If you are hesitant, I would suggest committing to doing a certain number of shows to see how you like it,” Meloni said via email. “It can be intimidating to start a show but it only takes a couple shows to become more comfortable recording and the whole process to become very enjoyable.”