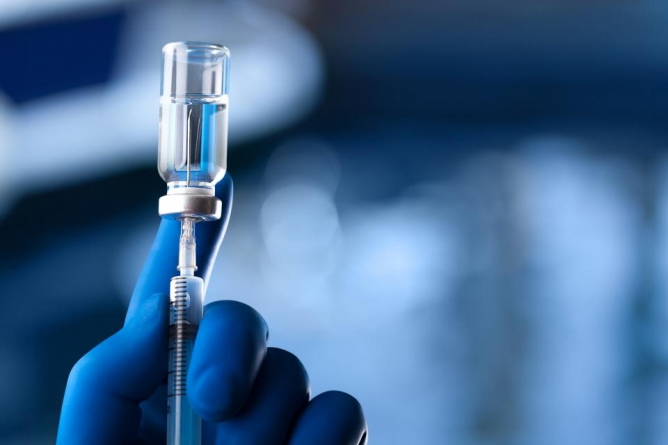 As misinformation chipped (and continues to chip) away at the faultline between public trust and science, the Trump administration wasted no time in causing more divisive fractures by promoting uncertainty around the effectiveness of mask-wearing and loose enforcement of stay-at-home orders. Former President Donald Trump’s reach was so expansive that out of 1.1 million English-language articles analyzed in five months, 38% of articles featured or referenced one of his misleading claims.

As the U.S. gears up for its largest vaccination campaign in history, anti-vaccination activists are re-weaponizing the same uncertainty fueled by the Trump administration to deliver the final blow: breaking trust in science by undermining the efficacy of the COVID-19 vaccine.

Robert F. Kennedy Jr., a left-leaning anti-vaccine activist was recently banned from Instagram for sharing debunked claims about COVID-19 and vaccines. Kennedy implied a link between the deaths of two people in Denmark after being vaccinated to the COVID-19 vaccine, despite medical authorities attributing it to old age and chronic lung disease. Anti-vaccine groups have gone even further by fabricating deaths. Users on social media manipulated a video of a Tennessee nurse fainting to make it appear as though she dropped dead after receiving her vaccination, in addition to circulating her fake death certificates and obituary.

Medical experts are urging for a national communications strategy to counter misleading information, as anti-vaccination rhetoric spreads both online and in real life.

Weaponizing the pandemic to fuel the anti-vaccine movement opens the realm of ill-intention to public health and exploits the hesitations towards vaccines in communities of color.

A recent poll of New York residents shows that 78% of white residents report that they would take the vaccine immediately compared to only 39% of Black residents, 54% of Hispanic residents and 54% of Asian residents.

The persistent stereotype of anti-vaxers as “white, college-educated, ‘Whole Foods moms’” and the shift in anti-vax conversations to that of “parental rights,” and now “medical freedom” in popular culture poses substantial consequences in addressing inequities during the pandemic. This dominant narrative takes attention away from how we can better reach communities who are hesitant to receive the vaccination, in particular Black Americans who have faced a long history of injustice from the medical community.

From the Tuskegee Syphilis study’s experimentation to the theft of Henrietta Lacks’ immortal cells without her consent, the medical community shows a systematically racist legacy in its devaluation of Black bodies. These are not just relics of the past but recurring injustices, such as the false notion that Black people have “thicker skin” or “less sensitive nerve endings,” thus leading to treatment disparities in Black patients due to inadequate prescription of pain medication.

Autonomy, rights, freedom and 475,000 COVID-19 deaths and counting. The pandemic has not only exposed inequities, but also the privilege of those like Trump and Kennedy Jr. and the willingness of anti-vaccination groups to spread misinformation in the hopes of advancing their political agendas amidst rising death tolls.

During a public health crisis, a collective consensus is essential to eliminate conflicting information and build public trust in science. But more needs to be done than just giving out information.

Debra Furr-Holden, an epidemiologist and health equity scholar, proposes that in building Black communities’ trust around the vaccine, more needs to be done than “pointing to the few Black scientists involved in vaccine development, or making a spectacle of prominent African-Americans receiving the vaccine.” Furr-Holden points to shifting the narrative to a truth-telling one, in addition to giving minority and women-owned business contracts to distribute vaccines to communities.

On a recent viral Twitter thread, Dr. Brittani James proposes something similar: empowering people of color who are academics, grassroots organizers and church leaders by giving them the platform, resources and money to address vaccine hesitancy in communities directly.

In portraying the vaccine hesitancy of communities of color justly, it cannot be conflated with anti-vaccination rhetoric. The danger of this conflation is that it minimizes the history of medical discrimination in favor of situating this distrust around science due to a lack of knowledge or awareness. This places the burden on the individual instead of holding longstanding institutions accountable for their role in shaping deep fear and distrust.