Some pandemic changes may be here to stay 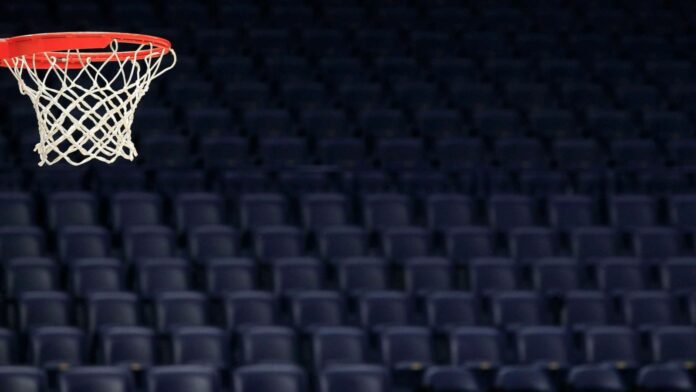 In the early days of the pandemic, sports were acting as if the situation would be temporary. Sport organizations made decisions in hopes of making it through one season and then everything returned to normal after it was over.

The National Basketball Association (NBA) took extensive measures to ensure a virus-free bubble. Instead of 162 regular game seasons in the Major League Baseball (MLB), they shortened it to 60. The National Hockey League (NHL) also followed the NBA’s lead, creating their own bubble in Canada.

Different strategies were taken in the beginning of COVID-19, but as the pandemic continued, these short term strategies were quickly abandoned in the upcoming season. Athletes hope that 2021 will be the last difficult year for sports affected by COVID-19. Eventually, when the pandemic isn’t looming over the sports world, it will seemingly change several aspects of it going forward.

In spite of the lack of competitive activity, there has been a massive increase in the use of different platforms where camera angles and audio from the players will be a new way to illuminate the experience of watching a game. With empty stadiums, one can hear players shout, speak and any other noise coming directly from athletes. For the first time in sports history, fans can hear audio sounds that have never been heard on television. The loud batting noise of a baseball cracked at the bat, the tactical talk of teammates during a game and the sound of a kicked ball can all be heard clearly

Instead of the usual crowd noises, fans can hear the “natural” sounds of the game.

“It was quite different. Pretty much the whole game we were on the sideline talking about how different it was,” said Jared Cook, the New Orleans Saints tight end.

Normally, these noises would be drowned out by background noise coming from the crowds. The norm even after fans are allowed back into games will be to incorporate these sounds into live television broadcasts so that people who don’t attend games get the real sensation of being in the stadium, similar to what is going on now.

Seasons may also even begin to get shorter because leagues and athletes have realized that fewer games avoid less injuries while still finishing a proper season. Some people in the NBA have argued that their season is very long, making them more prone to injuries. Every sport, except for the National Football League (NFL), has shortened their season because of the pandemic, but even then, the NFL cut their preseason entirely.

The NBA has featured 72 games per team, which is ten less games than usual, so the chance that it will go back to a normal 82 remains up in the air. The MLB Player Association had rejected a proposal earlier this year from the MLB regarding shortening the season to 154 games instead of 162 for this upcoming season, but the argument that the baseball season is too long has always been there, and the opportunity to cut it may come after the pandemic.

Now that players in all sports have figured out that it is possible to play less games, still get paid the same and still have a successful season, it is possible that athletes may rise up to propose fewer games in the near future.

Perhaps the biggest shift has been the rise of athlete activism. This has been a major story during the pandemic since the killing of George Floyd in late May 2020, which caused an explosion of social activism. This time period will be historic because of teams boycotting games, including playoff games, to stand against racial injustice.

Back in June of 2020, seven former and current players from the NHL formed the “Hockey Diversity Alliance.” Today they are still an active group operating independently from the NHL. Their goal is to promote diversity, not just at the professional level. They have been collaborating with many hockey organizations to bring awareness to this issue and so far they have been successful. The NBA and NFL’s athletes also made sure their voices were heard, as many players spoke out about social injustice and made sure to fight voter suppression as well during election season.

One of the most popular National Association for Stock Autocar Racing (NASCAR) drivers and the only Black driver in the league at one point had “Black Lives Matter” across his best-selling racing jersey and was a driving force in getting the Confederate flag banned from NASCAR events.

“Recent global movements for racial and social justice, bringing back into public consciousness the historical significance of U.S. athletes in driving societal change, have shown that peaceful protests and demonstrations are a sign of moral leadership and can serve as a moral compass in centering human dignity in global sport,” said Team USA Council.

Although the pandemic has been a challenge, sport organizations have worked to ensure the safety of athletes while entertaining fans. As the U.S. progresses through the pandemic, audio on televisions, shorter seasons and athlete activism are firm changes that may continue until new and better innovations are created. If anything, this era of sports has created new opportunities for athlete and fan interactions in a variety of different ways that have brought the spotlight on crucial issues not only in sports, but in the grand scheme of society as well.