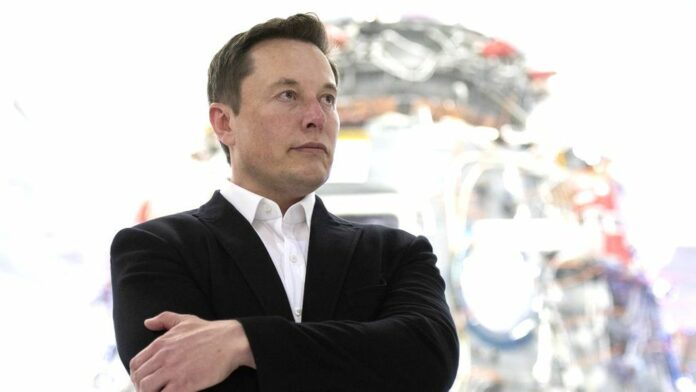 The innovator may be shaking up the tech industry, but controversy seems to follow

The name Elon Musk has been associated with both infamy and innovation—a man who people often either love or hate; an innovator who has an ardent cult following and half as many critics. Yet, some say his problematic behavior dilutes his successes.

Shambhavi Mishra, a fourth year biochemistry and molecular biology major, said the first few things that pop into her head when she hears Musk’s name are “wealthy and skillful.”

“He is a visionary. But I would not describe him as someone who looks towards the social good,” Mishra said.

Elon Reeve Musk was born in South Africa where he spent a good portion of child adolescence. When Musk was 17 he went to Canada to study at Queen’s University, then transferred to the University of Pennsylvania two years later, where he holds degrees in economics and physics.

To the surprise of many, Musk does not actually have an engineering degree. He was accepted into an applied physics Ph.D. program at Stanford University, however, two days into the program he dropped out and began his entrepreneurial ventures.

One of his earlier and more notable accomplishments was being the co-founder of PayPal. In 2003 Tesla Motors, an electric motor vehicle company founded by engineers Martin Eberhard and Marc Tarpenning, was born. Musk joined as an investor in 2004 after investing $6.3 million in Tesla Stocks. Musk is officially the co-founder, CEO and product architect of Tesla.

As of 2021, Tesla’s market capitalization wavers around $830 billion, being the fifth-most valuable company on Wall Street, tailing Apple, Alphabet, Amazon and Microsoft.

In 2002, Musk created his second company, Space Exploration Technologies Corporation (SPACEX). The goal of SPACEX was to build spacecraft for commercial space travel. By 2008, SPACEX soon became an extension of NASA’s space program as it was contracted to handle cargo transport with the hopes of handling space missions.

Under Musk’s vision and control, SPACEX has had both successful and unsuccessful rocket launches. As of 2021, SPACEX is worth $74 billion.

In 2016 Musk founded his third company, The Boring Company, which was created to address congested traffic with a loop intra-city transit system made up of a large network of tunnels.

But with the shocking amount of success, wealth and influence Musk has amassed have come some questionable decisions along the way.

For example, In September of 2019, the U.S. Securities and Exchange Commission (SEC) fined Musk with misleading investors with his Aug. 7, 2018 tweet, in which he shared potential plans to privatize Tesla at $420 a share and that funding had been secured, which at the time had not. After his Tweet, Tesla shares soared to almost $381, a 12% increase.

As a consequence of his actions, a settlement was reached between the SEC mandating Musk to pay a $20 million fine, step down as chairman of Tesla for three years and get his Tweets approved by legal counsel.

It is not uncommon for critics to come after Musk. When this happens, Musk had responded by tweeting about how he would create a site for the public to rate the credibility and trustworthiness of journalists and publications.

In the earlier months of the pandemic, Musk spread confusing and misleading information regarding COVID-19 to his 40-some million Twitter followers. On March 6, 2020 Musk tweeted, “The coronavirus panic is dumb.” Over the next few months, Musk went on to suggest hospitals inflated COVID-related cases to increase profit, compare COVID-19 to a flu and even suggest the large majority of deaths in Italy were from causes other than COVID-19.

Musk’s image—and tweets—seems to leave him with mixed reviews.

“He worked to get where he is and is innovative in creating what he has,” Mishra said. “But it doesn’t take away from his problematic behavior or past. [But] I respect people who have a growth mindset and learn from their mistakes.”

When asked about Musk’s response to the handling of the Coronavirus, Elliot Locke, a third year mechanical engineering major, said that Musk’s, “comments during the pandemic in regards to COVID safety guidelines could be seen as a bit disconnected.”

However, as a recent summer intern at a Tesla design factory, Locke recounts his experiences working at Tesla Motors during the pandemic.

“It was one of the few jobs or internships that were available to be in person,” said Locke. “They were serious with safety checks and COVID guidelines. Tesla was granted essential worker status and had really tight guidelines—face masks, shields and hand sanitizers everywhere.”

In December of 2020, Musk said he would be relocating from California to Texas—a significant move as much of Tesla is concentrated in California—as California had become complacent with Silicon Valley startups and had more strict COVID-19 restrictions which Musk fought as they affected his companies’ production.

Musk has a real-time net worth of $155 billion and is ranked as number 31 on list of the wealthiest billionaires on Forbes’ list of “The Richest in 2020.”

When asked if Musk is changing the world, Annie Andrews, a third year philosophy and psychology double major, said the answer varies person to person.

“Innovation is always good for progression and Elon is definitely innovative and a go-getter,” Andrews said. “But in a world with so many things wrong, it’s difficult to say that someone who is so wealthy, but contributes financially so little [to people in need], is really changing the world simply with innovation.”

“I think it depends how you define ‘revolutionize’,” she said. “For someone who works in tech, obviously he is revolutionizing these industries. He thinks outside of the box. But when looking at the social good aspect of revolution, not really. It seems like he isn’t doing enough in helping people get out of poverty or improve the quality of their life, especially for low-income communities.”

These are not issues that Musk is solely responsible for, however, given his affluence, students seem to share the sentiment that he should attempt to address them.

“Anybody and everybody with the wealth that Elon Musk possesses can, and should, be doing more,” Andrews said.

But when viewing Musk’s achievements through the industries he has changed, Locke appreciates the progress the entrepreneur has made.

“He did SPACEX and rockets and these are things from science fiction from like 20 years ago,” he said. “We haven’t had a successful automaker in over a century. He did all of this [Boring Company, SpaceX, PayPal] and there’s so much he’s done in parallel with an electric company. Space transportation, vehicle transportation, PayPal (online banking), rockets, energy production, and storage. He’s doing all of this simultaneously.”

It seems as though an industry titan like Musk, with such immense resources and influence, could always be doing more. He simply has the means to do so.

“If the work a person is doing is helpful and progressive, by all means support that work and acknowledge it,” Andrews said. “But it’s most important to recognize what the people behind the work stand for, call them out and make it known if their actions and ideals are skewed.”

Whether one focuses on his accomplishments or his shortcomings, Musk continues to create change that very few have.