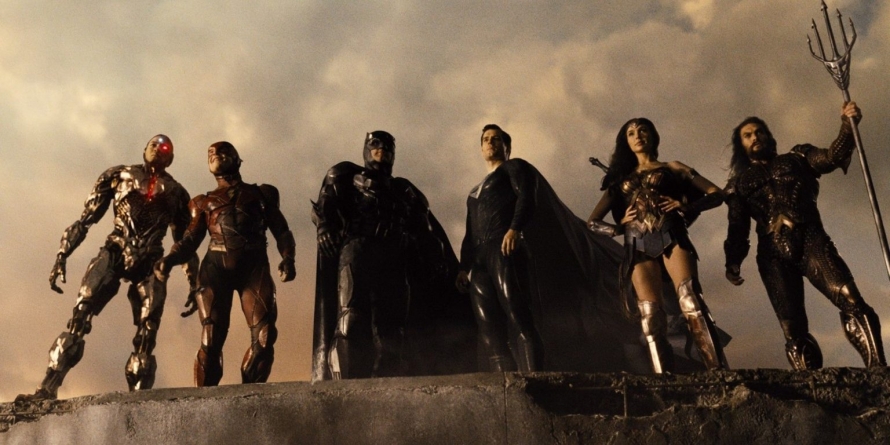 Photo Credits: Zack Snyder's Justice League, also referred to as the "Snyder Cut", is the 2021 director's cut of the 2017 American superhero film Justice League and is now streaming on HBO Max. (HBO Max)

WarnerMedia Studios CEO Ann Sarnoff confirmed it: Zack Snyder’s cut of “Justice League” is the end of the DC’s fealty to Snyder’s drab, slo-mo-drenched, narcoleptic versions of Batman and Superman. In her words, “With [‘Justice League’] comes the completion of his trilogy.”

It’s a decision that’s hard to argue against, what with the studio nightmares of “Batman v Superman: Dawn of Justice” and “Man of Steel” wrecking any chance the DC Universe might’ve had at living up to the colorful consistency of the Marvel Cinematic Universe. Snyder’s interpretation of Superman is a monotonic Jesus-coded killer, and his interpretation of Batman is a similarly monotonic (but mercifully secular) killer. These movies did not offer exciting, heroic figures for wide-eyed second-graders to worship in the way Marvel’s films so effortlessly have.

Though not the most embarrassing entry in the DC Cinematic Universe (an honor doubtlessly belonging to “Suicide Squad”), the original version of “Justice League” was an unpaced, tonally confused turd that established once and for all that no, there is no ultimate plan for the DC Cinematic Universe, and the “creative executives” steering the ship are just as, if not more, confused by what’s been happening on screen for the last 10 years than us viewers. The Snyder Cut is marginally better, at least providing a cohesively bad experience when compared to the version prostituted to Joss Whedon.

While the movie itself doesn’t merit more than a few sentences’ discussion (See if you can do it in a haiku!: need it be this long?/all is brown—hurts much to look/rather watch “The Raid”), the nature of its existence does; after taking advantage of a tragedy in the Snyder family to frankenstein Snyder’s existing film into something a bit more imitative of “The Avengers,” it appeared that WarnerMedia had locked Snyder out of the DC Universe entirely. They were (understandably) dissatisfied with the direction he’d been taking their biggest names, and hoped to replace his approach with something a little (read: a lot) more Marvel-esque. While the broad strokes of their plan appear to be unchanged, it’s no small deviation from normalcy that the internet was somehow able to cyberbully boardrooms full of millionaires into releasing a monstrous four-hour cut of one of the least memorable films in recent history.

Sarnoff said that WarnerMedia “wanted to give Zack the opportunity to complete his vision in a four-hour movie,” and that “We’re always going to listen to our fans,” claims that appear to contradict the very move that inspired calls to “release the Snyder Cut” in the first place—the hijacking of Snyder’s original film. Speculation abounded about whether the decision to release the Snyder Cut was a simple acquiescence to the desires of the internet, a perceived opportunity to double-dip on their investment in “Justice League,” a desire to prove that the Snyder Cut wasn’t that much better and thus that the “creative executives” at WarnerMedia had not made a gigantic mistake in butchering the version put into theaters or some combination thereof. In any case, it’s clear that WarnerMedia intends this to be a freak event, and one they don’t intend to repeat.

But the precedent set by the Snyder Cut finally seeing the light of day is one that’s far more interesting than the film itself—it seems that the internet has enabled fans to, in essence, organize and unionize against studios. Never before have fans been able to so efficiently and synchronously shout their desires into the ears of Hollywood money, and the effects make it seem likely that this model, established by the release of the Snyder Cut, is eligible for repetition. A very funny thing to consider indeed.

While the cut itself may be pointless and boring, its existence appears to hint at newfound power for legions of internet denizens. Sarnoff says she’s “very disappointed in the fans that have chosen to go to that negative place with regard to DC, with regard to some of our executives,” referring of course to certain pro-Snyder factions online. It seems her job may get much harder.