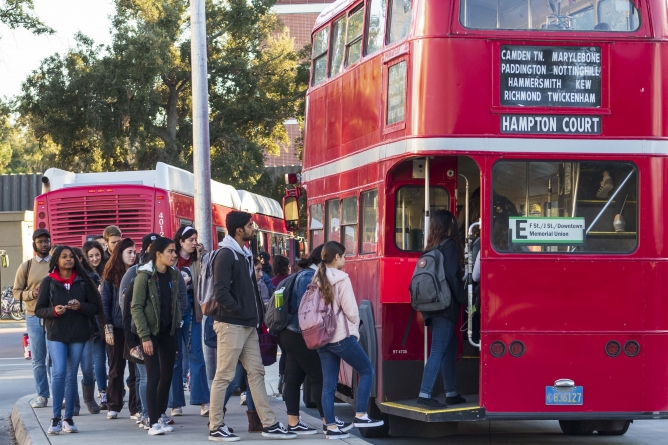 I see London, I see France, I can study abroad in my underpants

Hey you! Are you dying to study abroad? Dying to meet that special someone overseas while taking English 1? Who could blame you? Here at the UC Davis Hub of Global Learning (unaffiliated with UC Davis Global Learning Hub), we understand that studying abroad can be an expensive endeavor. Between the flight tickets, room and board expenses and frequent tourist shopping sprees, the prices add up. That’s why we’re here to offer you a study abroad experience here in Davis.

One of our most popular programs is called “London in Davis.” Students will spend their quarter learning about the history and culture of London—from the comfort of their own homes.

While it’s not enforced, they are encouraged to adopt an English accent and act snobbishly rude at all times. Students reported that their favorite activity was dressing in jerseys and yelling “just kick the damn ball already,” at the local pickup football game.

If you’re still not convinced that you could receive the full London experience here in Davis, we will be asking an alumna of the program to outline some similarities she noticed between the two cities. Here’s the list she gave:

There’s no better city to experience the culture of London in than Davis. If you’ve found yourself interested in the program, please contact the UC Davis Hub of Global Learning. It would be greatly appreciated if you would refrain from telling people about the program, as the Chancellor is still unaware of its existence.

Disclaimer: This article is humor and/or satire, and its content is purely fictional. The story and the names of “sources” are fictionalized.