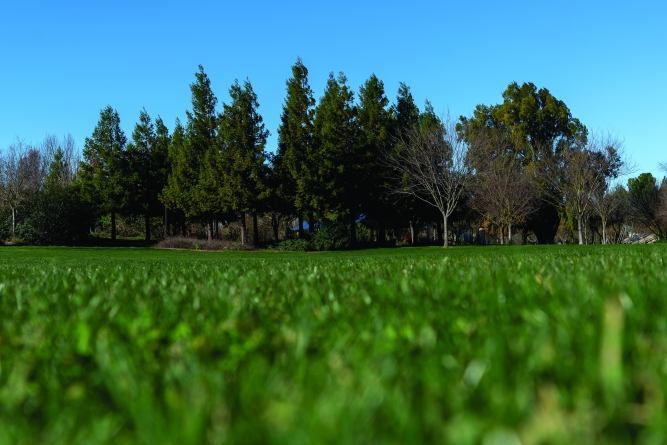 Some states in the U.S. have passed several bills regarding a ban on transgender athletes

Since stepping into office on Jan. 20, President Joe Biden has issued numerous executive orders, including one that focuses on discrimination based on gender identity or sexual orientation. Since it was signed, the order has become subject to criticism and is a focal point of some lawmakers in certain states.

After Biden issued this order, dozens of states filed laws to counter it. These laws ban transgender women and girls from competing with cisgender women in school sports teams. Several states, like Mississippi, Arkansas, Idaho, South Dakota, North Dakota, Tennessee and other southern states, have passed laws that ban transgender athletes from competing in college and high school female sports this year. As more state legislators continue to push their respective bills, some have done much more than others.

In the months of March and April, the North Carolina state General Assembly introduced three new bills that would restrict transgender individuals in sports, health care and gender-affirming care.

In late March, Republican representatives of North Carolina Mark Brody, Pat Mclraft, Diane Wheatley and Jimmy Dixon presented House Bill 358, titled “Save Women’s Sports Act.” This bill only allows individuals to compete in sports that align with their assigned sex at birth and prohibits transgender individuals from competing in sport teams that do not correspond with their sex assigned at birth.

About two weeks after the “Save Women’s Sports Act” was introduced, three more representatives filed other bills of their own. These bills were titled “Youth Health Protection Act” and “Health Care Heroes Conscience Protection Act.” The bills would make it illegal for healthcare providers to give medical attention to anyone under the age of 21 who does not identify with the sex they were assigned at birth. These bills would also allow health care providers to refuse service to transgender people—something that has the potential to lead to more transphobia.

As this topic has become widespread since Biden took office, Ryan Anderson, the author of “When Harry Became Sally”—a book critical of modern transgender topics—thinks that these next four years will create “legal headaches.”

“After the inauguration that addressed unity and healing, we got a radically divisive executive order from our new president,” Anderson said. “The language says that it’s banning discrimination, it’s protecting equality, but you have to understand what [the Biden administration] views as discrimination. Our embodiment of male and female isn’t discriminatory.”

In the college ranks, the National Collegiate Athletic Association (NCAA) remains supportive of the transgender athlete community as long as they follow the proper guidelines they have set in place. It requires “testosterone suppression treatment for transgender women to compete in women’s sports.” The NCAA is also hosting their championship events in locations that are discriminatory-free and a safe environment for all athletes.

“When determining where championships are held, NCAA policy directs that only locations where hosts can commit to providing an environment that is safe, healthy and free of discrimation should be selected,” said a statement from the NCAA. “We will continue to closely monitor these situations to determine whether the NCAA championships can be conducted in ways that are welcoming and respectful of all participants.”

Ryan Kemey Russell, a professional football player in the National Football League (NFL), became the first openly bisexual player in the league when he publicly came out in an essay for ESPN in Aug. 2019. The defensive end, who is currently a free agent and last played in an NFL game with the Tampa Bay Buccaneers in 2017, spoke about the transgender athlete issue and said they deserve to have the same opportunity as a cisgender individual.

“After the past few weeks, most trans children including those who have immense potential to be great athletes or, at the very least, find love and joy in sports, can’t even pick up a ball without legislation telling them they don’t belong,” Russel wrote. “Isn’t it important for trans children more than most to feel the belonging of a team, especially when society is questioning if they belong at all?”

These restrictive policies pertain to mainly adolescents and college students across these various states. “More inclusive” policies for transgender individuals are there, but like Grace O’Connor from The Chronicle said, they say that transgender athletes can only join high school or college sports teams after one or two years of hormone therapy. This severely limits their time to play on a team and is very costly. According to the American Civil Liberties Union, the more extreme policies require gender reaffirming surgery and frequently deny transgender athletes’ positions on sports teams.

“That’s what people are missing from this entire debate,” said Debi Jackson, a mother fighting against the transgender athlete ban. “Trans kids just want a chance. They want to be a part of something. They want to have a connection with their friends and want to hang out with them. They are not coming in to steal opportunities or ruin anyone’s sport. They are just trying to be involved.”