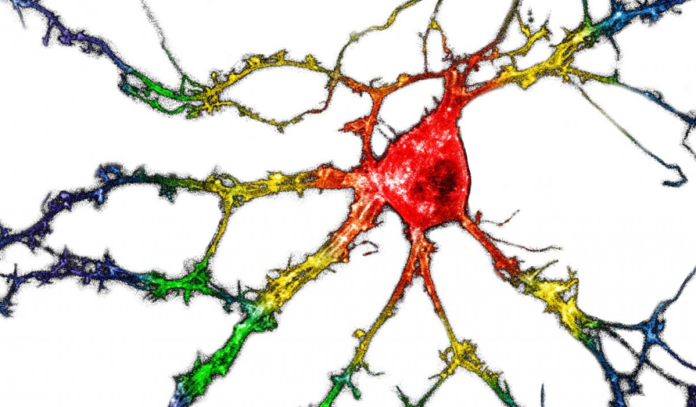 PsychLight and is able to assist in creating psychiatric drugs

The Tian Lab focuses on technology development, specifically genetically encoded sensors for neurochemicals utilizing fluorescence imaging. The lab developed a sensor for the serotonin 2A receptor.

The study was able to develop the first-ever cellular assay for hallucinogenic potential and can help facilitate a drug discovery effort related to the serotonin 2A receptor, according to Olson. Serotonin 2A is involved with processes such as learning and memory, according to the National Center for Biotechnology Information. Another discovery was the psychedelic analog AAZ-A-154 that has long-lasting antidepressant properties after a single administration, according to Olson.

The Olson Lab has been interested in understanding the role of the serotonin 2A receptor, also known as the 5-HT2A receptor, and the Tian Lab has also been focusing on creating new tools for understanding a variety of processes in the nervous system.

“It made sense for us to collaborate on this project, taking Tian’s expertise in sensor design and our expertise related to the biology of 5-HT2A receptors and the chemistry to develop this new tool,” Olson said.

The two discoveries of the fluorescent sensor and AAZ are both important for the future treatment of mental illness. The discovery of the sensor could lead to new ways of performing the GPCR phase of drug discovery that might have significant advantages over current methods, according to Olson.

“I think that is what is really useful for how we find medicines for mental health because GCPRs are the primary targets for many psychoactive substances like antipsychotic drugs and antidepressants,” Olson said. “This general approach that Lin’s lab has been really a leader in is really changing the way we approach drug discovery in the central nervous system space.”

“We have moved toward a more modern approach to physically rewire the brain to alleviate these symptoms, and AAZ is the next evolution in that story,” Olson said.

This work would not be possible without the close collaboration of graduate students, according to Tian.

“I feel very fortunate to have worked with these talented graduate students, and those students took initiative of the collaboration,” Tian said. “It is really rewarding to see the next generation of scientists start to collaborate with each other.”

Along with the novel insight on how the serotonin system works, this project was also a great training opportunity for graduate students to be involved in a high-impact paper.