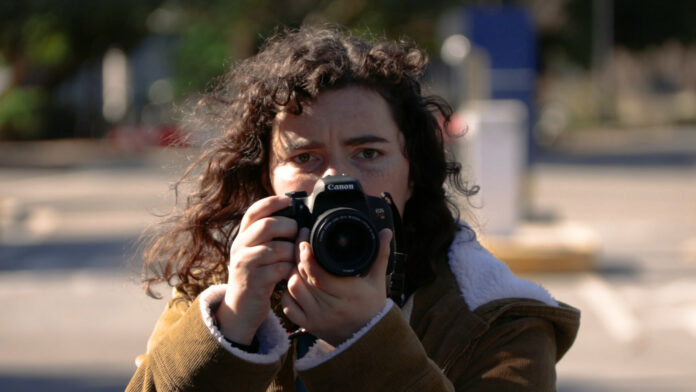 A COVID-19 sitcom stole the show

The 21st annual Davis Film Festival took place on May 19 and 20 at 7 p.m., and was streamed on Vimeo. Fifty films were submitted to the festival and only 29 films made the final cut. The showing this year gave the audience the opportunity to vote for their favorites. Unfortunately, there were some technical difficulties for the second showing and the festival sent an email to its registered audience that a live broadcast will be postponed to a later date.

While I did not get to watch the second round of films, I did enjoy watching Wednesday’s event with my bag of popcorn. Listed below are my favorite films shown on the Wednesday premiere.

My personal favorite of the entire two-day event was Sophie Martinez’s “Episode 1.” The short film focuses on a family who is forced to stay at home during the pandemic. Like many other families during this time, they’re slowly driving each other to the brink of breaking. The days focus on the mother, who works in human resources and is trying to find a memorable acronym to motivate employees. The story starts off with the father, who is used to an online setting as he usually works from home, but as the film progresses we can see how boredom and frustration takes over each member of the family—except for the mother, who is likely the only one continuously upbeat throughout the film. She even sends a Zoom link to her husband while they are in the same room and excitedly tells him that now they can be together all of the time; cue the husband looking annoyed directly into the camera.

This short film looks at the family’s life in a sitcom style, clipping each sibling into the film and having a member of the family look directly into the camera out of frustration. I would watch this family making a sitcom over any other scripted reality TV show any day.

The short film “Teddy” features a woman who draws dogs at animal shelters. It was the shortest film throughout the festival but it was the only one that made me tear up. In a matter of what seemed like a minute, Wickemeyer crafted the perfect story of a dog looking for a family. At the start of the lockdown, there were cases of animal shelters completely clearing out, each dog finding a home to go to.

Wickemeyer starts off the short film with a woman in an animal shelter drawing a dog with their teddy bear. We see her move along in the short film, drawing all of the dogs, and a couple of days later a young boy and his mother take home the small dog and the teddy bear.
Anything with any animal is sure to make its way to my heart, but something about animals in shelters finally having a place to call home puts me in a wobbly mess like nothing else.

“The Danger of a Runaway Train” dir. by Sara Alquist

Alquist compared her life to the train, always moving and fast-paced, until one day it was stopped and derailed, and suddenly she had to go through the process of figuring out who she was and who she wanted to be.

There’s something about someone unnervingly opening themselves up to an audience that automatically gets my respect. But aside from showing how she felt, it’s nice to see that other people are going through a similar situation. I always appreciate a short film or other artwork with the raw truth of what someone is going through. I have a tendency to get so caught up in my head about worrying what my next steps are in life and if they are the right steps that I sometimes forget I’m not the only person who doesn’t have it all figured out. But every once in a while, I’m reminded that we are all just a bunch of college students acting like we know what we are doing. Alquest’s short film reminded me of that, and it was a comfort especially now toward the end of my last year.

“Flowers for the Knights” dir. by Linqi Sun

“Flowers for the Knights” was one that I didn’t fully understand when I first watched it, but the story was interesting so I went back to watch it again only to discover a telling story about sacrifice. The animated film focused on two warriors, one of whom has to go and slay a monster, but when the warrior gets infected, his friend, the knight, has to go and kill him. Our warrior, as infected as he may be, guides the knight’s sword to himself, understanding what needs to be done in order to save everyone else. As the knight plunges the sword into the warrior, flowers bloom out of his chest and those flowers are a remedy for those who are dying.

The story starts off with our knight passing through a hospital full of the sick and ends with him kneeling at a graveyard of all of the fallen warriors who had given up their lives to save others. Sticking true to the theme of sacrifice and bravery, Sun dedicated this film to medical workers and essential workers who stepped up during the pandemic.