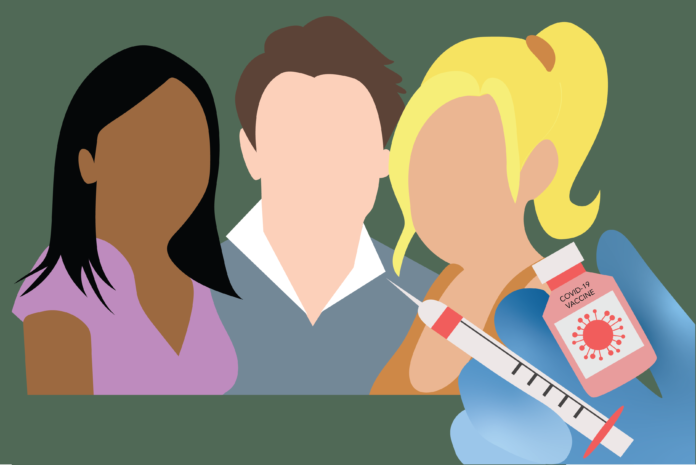 UC Davis Health is taking the next step in the fight against COVID-19 by beginning to enroll children ages 12-17 in a clinical trial to test the Novavax COVID-19 vaccine. The trial is currently in Phase 3 clinical trials with the National Institutes of Health (NIH).

“The Phase 3 study is the largest of the pre-approval clinical trial phases and the goal is to evaluate the effectiveness and safety in the targeted patient population,” explained Maureen Johnson R.N., the senior vice president of consulting resources and operations at Regulatory Pathways Group INC. “Phase 3 is the last clinical trial phase completed before the Sponsor (i.e., pharmaceutical company who is studying the investigational drug or biologic) requests approval from FDA to market their investigational drug/biologic.”

Johnson continued, “The FDA’s decision ultimately hinges on benefit-risk determination, meaning the benefits of the treatment need to outweigh the risks—this is also where comparisons are made to other existing/available treatment options.”

There are currently three COVID-19 vaccines with an emergency use authorization in the U.S.: the Pfizer/BioNTech, the Moderna and the Johnson & Johnson vaccines. The Pfizer and the Moderna vaccines are both based on novel mRNA technology while the Johnson & Johnson vaccine is based on a modified inactivated adenovirus. Unlike the current emergency-use-authorized COVID-19 vaccines, the Novavax vaccine works slightly differently.

“This is more of a traditional protein based vaccine, unlike the mRNA vaccines from Pfizer and Moderna, or the DNA vaccine from Johnson & Johnson. The spike protein subunit is made in a moth cell system, then harvested, purified, and combined with a unique adjuvant that enhances the immune response,” said Dr. Dean Blumberg, the chief of pediatric infectious diseases at UC Davis Children’s Hospital, via email.

The Novavax trial at UC Davis Health is being run locally by Dr. Stuart Cohen, the chief of the Division of Infectious Diseases and the director of Hospital Epidemiology and Infection Prevention at UC Davis Health. The hospital has been included in the adult Novavax phase III trial since December, but they are only now beginning the pediatric portion of the trial. The pediatric portion of the trial is being run by Dr. Dean Blumberg.

“The pediatric portion of the study is similar to the adult portion,” Blumberg said via email. “Study subjects keep diaries to look for any side effects. Blood is drawn to check the immune response. And swabs are taken when there are symptoms of COVID-19 to look for infection in order to determine efficacy. It’s important to study children because their immune systems are different, and of course they are different sizes from adults. We want to make sure that the vaccine is safe and effective in different age groups, and make sure that the dose is appropriate. For some vaccines smaller doses may be sufficient in children because of their strong immune systems. And with other vaccines larger doses may be needed as their immune systems are relatively naïve compared to adults.”

As explained in an email by Dr. Nicole Glaser, a professor of pediatrics at UC Davis School of Medicine, the physiology of children is fundamentally different than that of adults.

“As we often say in Pediatrics, ‘children are not small adults,’” Glaser said via email. “Physiology in children differs from adults in several ways, and immune function is one of them. For example, many diseases are either far more severe or far more mild in children than adults. Chicken pox, for example, has minimal symptoms in children but adults can become severely ill. [COVID-19] has different complications in children and can cause a systemic inflammatory syndrome that is not seen in adults. For this reason, vaccine effects might be different in children compared to adults.”

Glaser explained the difference between adult and pediatric clinical trials.

“The structure of the trials is similar but before a trial is approved in children, the investigators generally need to prove a higher anticipated level of safety compared to an adult trial,” Glaser said via email. “Since children cannot consent to a trial on their own, the investigators need to show that there is not a large risk to them.”

Novavax has publicly stated that they expect to file for an emergency use authorization (EUA) for adult patients in the 3rd quarter of this year. As for pediatric patients, Novavax currently hasn’t publicly stated when they anticipate filing for an EUA. However, according to Blumberg, he “would expect filing for emergency use authorization for 12-17 year olds will likely be at the end of the year at the earliest, more likely next year.”

Despite EUAs expected to be filed within the next 12 months, Blumberg noted that the pediatric and the adult Novavax COVID-19 vaccine trials are planned to follow the patients for the two years, until 2023.

“The study participants are followed for 2 years to look at the persistence of protection and the immune response,” Blumberg said via email.