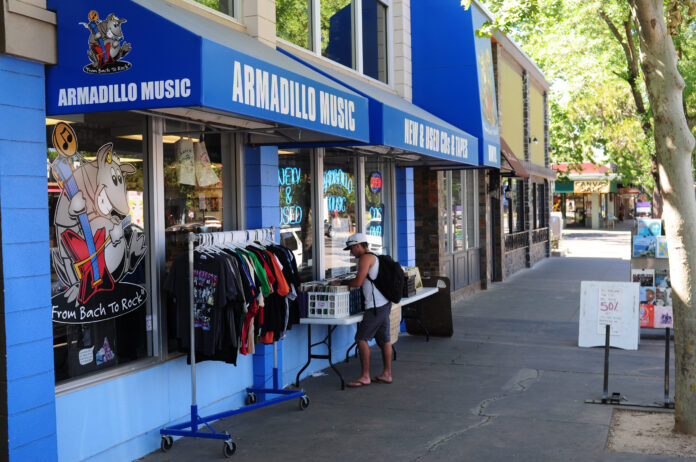 Thumbtack.com, in partnership with the Kauffman Foundation, released results from their second annual Small Business Friendliness Survey, and California was rated with a D grade, an improvement from last year’s F grade.

Based in San Francisco, Thumbtack.com operates as an online marketplace for local service providers.

According to its 2013 study, the Bay Area was rated as the top region in California for small businesses, and San Francisco was the state’s highest-ranked city.

According to the U.S. Small Business Association website, a small business is defined as “a business that is organized for profit … makes a significant contribution to the U.S. economy through payment of taxes or use of American products, materials or labor; [and] is independently owned and operated.”

Approximately 8,000 out of 275,000 small business owners nationwide who use Thumbtack.com were surveyed over a course of two months to come up with this year’s ranking. About 7,766 owners completed the survey.

The D average grade was based on the separate grades given in specific categories, such as “ease of starting a business,” “health and safety” and “regulations,” among other things.

“In surveying thousands of small businesses across America, we found that clear and consistent regulations and relevant training programs are among the most important factors in determining how they view their region’s friendliness,” said Sander Daniels, co-founder of Thumbtack.com in a press release. “Given the enormous size and importance of California’s economy, it is particularly important that state and local officials listen to the concerns of the state’s small business owners and provide them with an environment conducive to growth and success.”

In Davis, it appears that many small business owners share similar concerns. At least two business owners in the City of Davis said the Americans with Disabilities Act (ADA) has caused problems for them in the past.

Alzada Knickerbocker, who has owned The Avid Reader in downtown Davis for the past 26 years, was sued for non-compliance with the ADA’s parking lot regulations when she had just barely moved into the space.

Knickerbocker’s main complaint was that she received no warning about the non-compliance before she was sued.
“[With this kind of approach] you’re going to close businesses down, or drive them out of state,” Knickerbocker said.

Another business owner in the area, Ken Bradford, owner of Ken’s Bike and Ski, was forced to weld a door closed in his shop years ago because it didn’t comply with the ADA’s standards of wheelchair accessibility. The welding made the door completely unusable to anyone.

“We work on wheelchairs in my shop — it’s not that we don’t want to be accommodating, but sometimes the way that laws are enforced is ridiculous,” Bradford said.

Effective Jan. 11, a California Senate bill was passed to keep lawyers from sending threatening letters before legal proceedings, and reduced the minimum fine for violations of ADA regulations.

“Davis is a little easier to do business in than it used to be,” Bradford said.

Others agree with Bradford’s sentiment, shown by the improvement of a D to an F grade in the past year.

Knickerbocker said she is worried about the effect proposed minimum wage raises in California could have on small businesses who are unable to absorb that sort of profit cut.

“[An increase in minimum wage] means less hiring and fewer jobs. Legislators are not aware or appreciative of business needs,” Knickerbocker said.

Another reason that small businesses struggle is because they sometimes have trouble competing with the prices that larger retailers can offer.

Parking can often be an issue in Davis, especially for stores that aren’t large enough to have their own parking lots.

“[Small businesses] are the essence of freedom and democracy; they’re where we began, with personal relationships that are involved in the community,” Knickerbocker said.