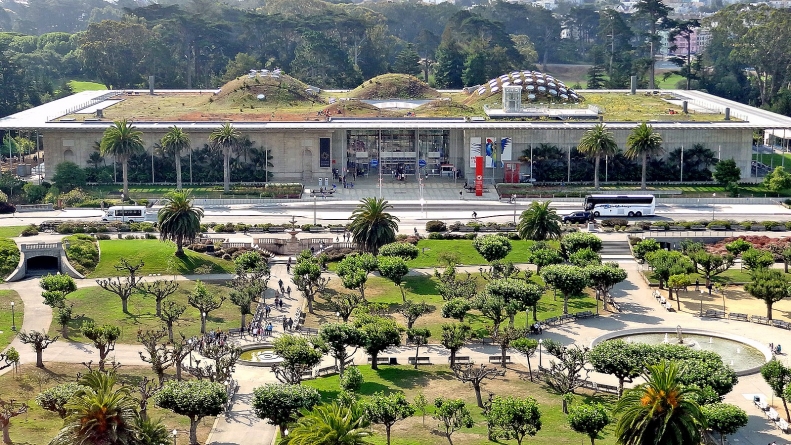 The researchers were acknowledged for their commitment to “explore, explain, and sustain life”

Two professors from the department of Earth and Planetary Sciences—Isabel Montañez and Dawn Sumner—are a part of San Francisco’s California Academy of Sciences’ newest class of Fellows, nominated by their colleagues based on their contributions to science. They were selected along with 12 other candidates this year by the academy’s board of trustees, chosen based on their embodiment of the mission statement of The California Academy of Sciences: “to explore, explain, and sustain life.”

One of the UC Davis professors chosen, Sumner, teaches geobiology and is working on three research projects related to her field. One of them is focused on studying modern, mostly photosynthetic bacteria, known as cyanobacteria, and looking at how they support the ecosystems in Antarctica.

Antarctica was chosen as the location of study because its history of glaciation has left most of its macroscopic life extinct, modeling a time before animals evolved. Photosynthesis by cyanobacteria creates biomass that is used by other microbial organisms as a part of the ecosystem in Antarctica. Sumner collaborated with geneticists to find out how photosynthesis evolved and created oxygen, leading to the largest geochemical change to occur on the surface of the Earth.

The second project consists of studying early environments on Earth and what it was like billions of years ago before oxygen was present in the atmosphere. Researchers study how microbial life has changed the surface of the planet and how its conditions affected how life evolved before the rise of multicellular organisms. This led to a third project: understanding ancient environments on Mars and determining if they could have hosted life.

The latter project is important for answering the age-old question of whether life exists elsewhere in our universe. Sumner works with data from NASA’s Curiosity rover to help answer this question.

“Mars is the easiest, closest place that people can go and use my scientific skills,” Sumner said.

She looks at rocks and interprets processes from photos that the Curiosity rover provides. Discoveries such as liquid water and energy sources—necessary components for a habitable environment—were found to have been on Mars billions of years ago. The organic molecules found on Mars might not be from actual life, but indicate that building blocks for life existed, according to Sumner.

“Right now, it could either be that we have evidence of fossil life on Mars [and] we just haven’t seen it yet, or we have clues to how organic molecules behave on a planet without life which could help us understand the origins of life on Earth,” Sumner said.

Because of the difficulties of operating on another planet, there have been no attempts to excavate fossils on Mars. The Curiosity rover has scratched the surface of the planet by grinding bits off the ground and drilling small holes to produce powder, but there are plans for future rovers to bring samples of rock back, according to Sumner.

When asked about what she thought contributed to her nomination as a Fellow, Sumner said working with perceptive students was the reason. She explained how her three projects may seem different from each other at first glance but they are related by the curiosity of how life interacts on Earth. She was able to go in different directions and explore this curiosity because of students who had brought fresh perspectives and ideas for experiments she had never considered.

One student who collaborated with Sumner is Emilia Sakai Hernandez, a Ph.D. candidate at UC Davis who is studying geology. She is researching a meteorite impact in South Africa and western Australia that is 2.63 billion-years-old, and how sulfur cycling changed with that impact. This was a period before there were large amounts of oxygen in the atmosphere and the Earth’s surface only consisted of microbes, bacteria and archaea.

This project grew from Sumner’s career of studying the geological history of the specific time period when the impact occurred. While working on her Ph.D., Sumner studied the rocks in South Africa as well, and now she shares her knowledge on this region and time period with Hernandez.

Upon mentioning Sumner’s achievement of being selected as a Fellow for The California Academy of Science, Hernandez said it was a huge honor.

“It really shows how important of a member of the scientific community she is and I think it’s really great that she’s being honored in that way,” Hernandez said.

Sumner was both surprised and pleased that she was selected as a Fellow. She mentioned that she did not even know she was nominated.

“To be chosen as a Fellow of an organization that integrates our place on Earth so well with the science that we do in a culturally meaningful way is really special,” Sumner said.

She wanted to give advice to students who are starting out with an interest in science: “You don’t have to know where you are going in your science to be a good scientist.”

In her journey, she has picked projects because they were great opportunities at the time and they piqued her interest. It did not matter if the topic was in another field—Sumner did not hesitate to try. She had only taken one biology class in college and now most of the papers she has written this year are related to biology.

“Keep an open mind and be curious, look for good collaborators, work with people who inspire you, and if you’re having fun doing your science, you can do way more,” Sumner said.
Written by: Francheska Torres — science@theaggie.org