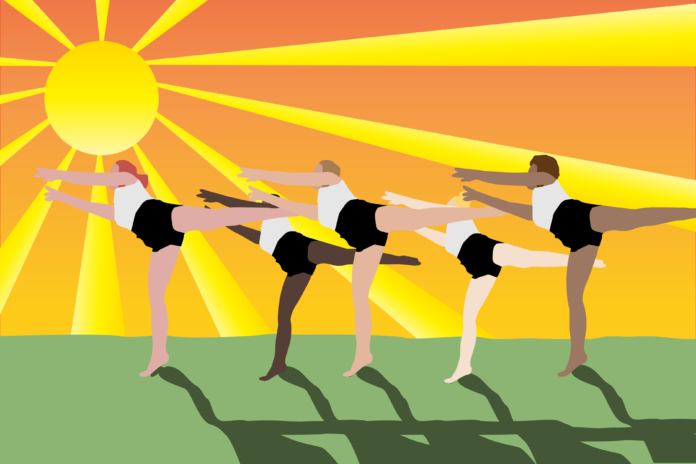 Although the COVID-19 pandemic forced theater and dance productions to become virtual, various representatives from local theater companies and organizations hope to resume in-person performances in the fall.

The UC Davis Department of Theatre and Dance has been producing remote theater all year, which UC Davis professor of theatre and dance Mindy Cooper says has been technical and frustrating. Despite these challenges, she said that live theater and its messages are too important not to create during COVID-19.

“Theater online has been a lifeline,” Cooper said. “The ability to continue to make and watch theater during the pandemic has kept the community alive.”

She said that the department has taken budgets from stage design to give actors a camera, microphone, lighting equipment, green screen and a grid that they put on the floor. Cooper described rehearsing over Zoom and recording using VMix, a live video streaming software.

“It’s a very lengthy process,” Cooper said. “It takes about twice as long as being in the room. You can’t have a couple different people talking at once, because it’s Zoom.”

Cooper collaborated with American actress Sharon Lawrence to film “The Shot,” a play written by Robin Gerber about the story of Katherine Graham, who ran The Washington Post for almost 30 years. Cooper highlighted that the play was meant to have a reading in Los Angeles, but Lawrence ended up shooting the play alone in her home.

“Imagine just one person in a room, one cameraman, with lots of COVID testing going on,” Cooper said.

An upcoming musical, “Juliet and Romeo,” is a co-production with the Department of Theatre and Dance It runs from June 3 to 5 and is free to attend. Cooper described the filming process as a labor of love, noting that they would have to re-record whenever they found a technical glitch.

Cooper said that reopening theaters and musicals, where people sing in one another’s faces, is a difficult process.

Co-producer and co-founder of Davis Musical Theatre Company (DMTC) Steve Isaacson explained that DMTC is planning to reopen on Aug. 20, 2021, if possible. He described the blend of live theater over Zoom and pre-recorded sequences that have made up DMTC’s virtual productions.

“We’ve done nine productions now over the Internet—all the live scenes were done on Zoom, and all the musical numbers were recorded individually on green screen,” Isaacson said.

Isaacson added that they had to use blue screens while performing “Shrek, The Musical,” since the character is green. They filmed nine hours total for their last virtual production of “Shrek” on May 15.

“Shrek, The Musical” will be shown from July 9 to July 18, 2021; people can purchase tickets, and it will be broadcasted on ShowTix4U, according to Isaacson.

“Please come and see it,” Isaacson said. “It’s very inventive, fun entertainment to watch for the whole family, especially if your family is made up of 12 year old boys.”

Isaacson described some pandemic challenges for performers, explaining that some of the group energy is lost when people are acting alone.

“People that normally like to perform in the ensemble are forced to become solo performers, “ Isaacson said.

The Woodland Opera House held auditions over Zoom, but its costume designer Denise Miles said they hope to go back to productions with live audiences in the fall. Miles described that two of Agatha Christie’s plays, “The Count” and “The Curse,” were recently filmed in person and are being distributed over streaming services.

“It was filmed in the theater,” Miles said. “Everyone is six feet apart on stage.”

Cooper noted that although performing has been difficult during the pandemic, it was still important to create art.

“Imagine this pandemic without your favorite music, your favorite movies, your favorite turn to the arts,” Cooper said. “We have been able to continue to make people feel emotions that they need to feel during this really difficult time.”