Is America on the cusp of a historic decline? 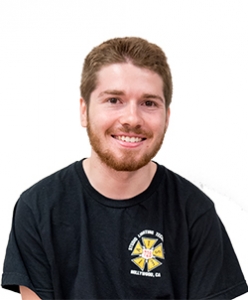 What’s the story of this election? How, in the months ahead of Donald Trump’s inauguration, do we confront the uncertainty we now face as an increasingly rogue nation? Do we begin by trying to explain the election by asking the basic, practical questions — was it the whites without college education? The industrial midwest? The turnout in Wayne County, Michigan? — or do we ask the questions that don’t have immediate answers? Will we ask the existential questions that reflect the severity of the reckoning our nation now faces? Or will we pretend to know the answers, instead of attempting to seriously investigate how a bigot assumed the presidency after running a campaign fueled on racial and ethnic hate?

Do voters and nonvoters recognize they sanctioned that hate and made it possible for a businessman who called for the death of five innocent teenagers to now be the ultimate arbiter of justice in a bitterly divided nation? Did they see that in his victory speech, Trump couldn’t seem to say that he would be a president of all Americans without reeking of the stench of his crony surrogates? And will that be the Trump presidency? — a collection of power-hungry failures named Christie, Carson and Giuliani vying for prime real-estate in their new boss’ vastly empty brain? Did we elect an empty shell to be filled by the worst of the establishment voters repudiated with historic ferocity?

And when we ask about these voters, and how the polls, with all their statistical clout, failed to capture their beliefs and leanings, will we think about an actual scenario in which that happens — a pollster calls, gets a person confused about what’s being asked and then gets angrily cursed down — and will we consider the ways in which that curse could have suggested the paranoid, alienated mindset of many Trump voters?

Is there a certain sting now to calling Trump supporters paranoid and alienated? Did they not make it to the polls? Does the characterization stink of the same liberal elitism that they so vehemently reacted against with what CNN contributor Van Jones aptly called the ‘whitelash?’ Will we try to quantify the exact, numerical consequences of that whitelash by quantifying the slow erosion of the Voting Rights Act, passed in 1965 to end racial discrimination at the ballot box, or will we stop to consider what allowed lawmakers to get away with disenfranchising the black vote in the first place? Was it backhanded tactics to close polling stations? Or was it a population largely apathetic to people who don’t look like them? A tradition in the Republican party of saying one thing (no voter fraud) and meaning another (no blacks allowed)?

Or should we blame someone else entirely for this American tragedy?

Will we blame third-party Johnson voters in Florida or young Jill Stein supporters in Ann Arbor, Michigan? And if we do — which we might, because nobody likes to think they didn’t do enough and everyone likes to point fingers — would we be so blind as to not see that Trump could have been and threatened to be a third-party candidate, and that the anger that drives people to make unreasonable protest votes is the same that elected a real-estate mogul with no relevant political experience?

Should we blame the dozens of elected officials who, by the sole virtue of Trump running under their party’s name, gave him a free pass for one inexcusable act of racism, bigotry and sexual assault after the next? Will we be able to hold these men and women accountable if America becomes an authoritarian state or will we fail as we did when Mike Pence managed to dance around his running mate’s disgusting con-man behavior in the vice presidential debate?

Do we have the wherewithal to tangibly support those who have the means to hold power accountable? Will we buy newspaper subscriptions? Will we donate to law schools training future civil right attorneys? Or will we become a nation defined as much by its complacency as the stupidity of its next leader? What will this fight look like? Will it make America better? After the largest political upset in American history, can we make any claim to certainty anymore?