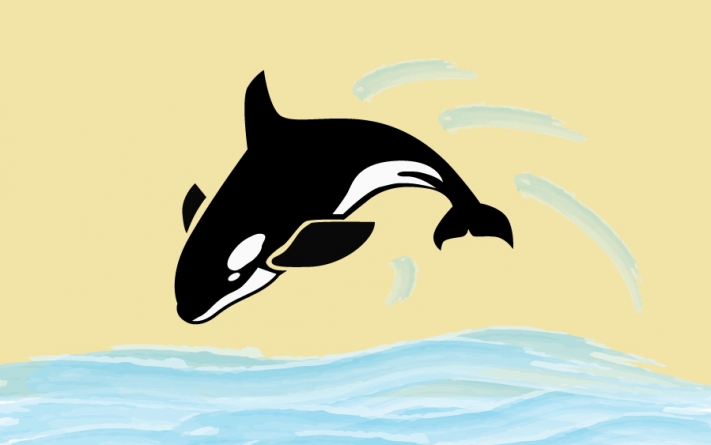 Killer whales face a variety of mortal threats, with many of them caused by humans

A study analyzing pathology reports of 50 killer whales over the past decade has compiled a list of various causes of killer whale deaths, including threats from humans. The effort was led by Dr. Joe Gaydos, a senior wildlife veterinarian for the SeaDoc Society, a program of the UC Davis Karen C. Drayer Wildlife Health Center. Gaydos led the effort alongside Dr. Stephen Raverty, a veterinary pathologist with the Animal Health Centere in Abbotsford, British Columbia.

Before this report, most of the data on killer whale health and diseases largely came from captive animals or individual case reports of stranded whales. A collective look at stranded animals can give a clearer idea of what killer whale health, diet, reproduction, anthropogenic stressors and diseases look like. Understanding these factors allows for researchers and policy makers to take actions mitigating vessel collisions and other threats to whale mortality stemming from humans.

The study uses pathology reports of 53 whales from 2004 to 2013. A cause of death was found for 42%, or 22, whales. Calf mortalities were due to causes such as infectious diseases and nutritional and congenital malformations. For sub-adults, it was due to issues like trauma, malnutrition and infectious diseases. For adults, it was due to bacterial infections, emaciation and blunt force trauma. However, each age class faced direct human-related causes of death, calling for a more serious look at human interactions with marine mammals.

“This last study is a look back at a decade of people doing necropsies on stranded killer whales,” Gaydos said. “So what we’re interested in is why are they dying and is there something we can do about it,”

“There have been case reports published, and even a series of animals are included, but they tend to be relatively small, the […] sort of things [that] were found with an individual whale that was stranded or, in some circumstances, up to four or five individuals that were stranded,” Raverty said. “The strength of this paper is  the geographic breadth of it, from California to Alaska as well as in Hawaii, and then looking at it long term over time and doing things fairly systematically so we literally try to model each specific animal.”

In 2004, Gaydos and Raverty developed a standardized killer whale necropsy protocol which allows for a more systematic collection of data from stranded killer whales to better understand the animals. National Oceanic and Atmospheric Administration Fisheries and Fisheries and Oceans Canada invested money into testing the animals and flying people out to where animals were on remote beaches.

“When we realized how little we know about killer whale diseases and even killer whales’ health for free range animals, we said ‘Hey, we just need to get everybody on board,’ and so by developing a protocol we gave everybody a step-by-step playbook to respond,” Gaydos said. “You have a 20,000 pound animal on the beach and that can be a little bit overwhelming, but this said, ‘Hey, here are some diseases we are concerned about, here are the different samples that you can take, here are the places where you can ship those samples, and also call us because we have some of the grant money to get some of those tests done.’”

Over the course of this analysis and study, the researchers knew that humans have had an impact on killer whale populations by overfishing the salmon that the whales eat, the boats that cause noise disturbance or the high level of contaminants. Although, they were surprised by the amount of whales coming into contact with humans and boats.

“The ship strike was very, very interesting in terms of the implications of what’s been happening along the cost in the past couple of years,” Ravery said. “There have been efforts to try and reduce noise and ship traffic in the vicinity of killer whales. So there is a killer whale tracking network that’s been established and this largely consists of submerged hydrophones and they can track the vocalizations of the whales.”

Washington state and British Columbia have already begun to take steps in addressing collisions by listening out for animals or by moving whale watching tours further away from the animals. Having gathered better data on whale mortalities, policy makers can take appropriate action to minimize deaths. But this is just one of the first steps in addressing killer whale mortality.

“This paper pointed out that there are some human interactions that we need to address and think about and deal with,” Gaydos said. “But that does not take away how important it is for us to recover salmon populations and quiet the oceans so animals can find already-scarce food, or to remove chemicals from the environment that we’ve put in the environment. Those things are still very important and definitely at the top of the list of things we need to do. This just added a couple of new things that we need to start thinking about and working on.”
Written by: Simran Kalkat — science@theaggie.org