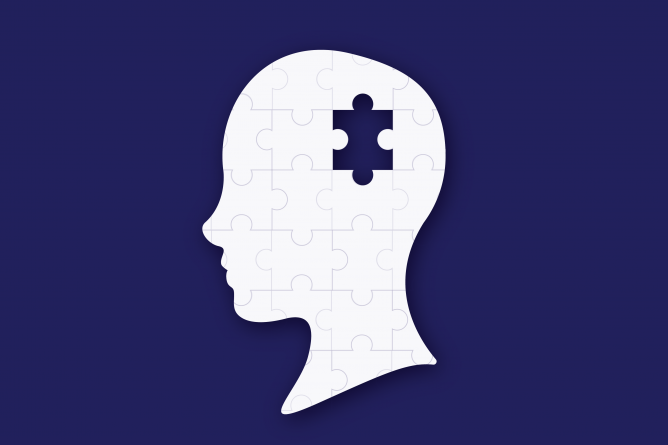 This compound reduces neuroinflammation characteristic in many neurodegenerative disorders

Although there are currently no cures for most neurodegenerative diseases such as Parkinson’s disease (PD) and Alzheimer’s disease (AD), recent advancements in the field have shown promising results. In a study led by Bruce Hammock, a professor in the department of entomology and nematology, in collaboration with the Hui Zheng lab at the Baylor College of Medicine, researchers found that inhibiting an enzyme called soluble epoxide hydrolase (sEH) in mice leads to a reduction in neuroinflammation, which is associated with AD.

Anamitra Ghosh, an instructor in Hui Zheng’s lab, explained that in both human AD patients and their mouse models, there are significantly increased levels of sEH in their brains in comparison to normal individuals. According to their paper, “an epoxide hydrolase inhibitor reduces neuroinflammation in a mouse model of Alzheimer’s disease” because sEH contributes to the rapid hydrolysis of epoxy fatty acids, which have anti-inflammatory properties.

In order to combat the effects of sEH in individuals with Alzheimer’s disease, Hammock’s lab identified the treatment of a compound called TPPU to inhibit the enzyme. Ghosh stated that after administering this molecule to their mice models with AD, the Hui Zheng lab found that epoxy fatty acid levels were restored back to normal and neuroinflammation was reduced. Their paper also stated that “improved synaptic integrity and cognitive function” was observed through two behavioral tests.

Ghosh elaborated that their collaboration with Hammock was vital to this research, as Hammock is known to be a pioneer in the field of sEH and other epoxides. Hammock explained that he began research with this enzyme when he was an entomologist and toxicologist in graduate school. While striving to develop an insecticide that harmed insects with minimal damage to the environment, Hammock studied how to disrupt the process of metamorphosis. It was through this research that Hammock first became familiar with epoxide hydrolases, which led him to more than 50 years of experience in the field.

“So this started as research trying to kill insects, became very basic research on how the insects undergo metamorphosis, then basic research asking what this enzyme from insects does in mammals and now we’re working on chronic disease like Parkinson’s and Alzheimer’s and acute diseases,” Hammock said.

Hammock added that sEH can also be used to treat neuropathic pain, or when the nerves themselves generate pain. He described this pain to be intractable or unable to be controlled with standard medical treatment. Although there are currently no treatments, the sEH inhibitors could potentially help those who are suffering.

“There’s light at the end of the tunnel,” Hammock said. “We’re in human trials and we know the compound is at least safe and soon we’ll be able to ask [if it is] effective. And so now [the time] until it’s available in the drug store is a couple of years and not a couple decades.”

While Hammock’s lab was mainly in charge of the biochemistry aspect of the study, the Hui Zheng lab took charge of the neurobiology and animal studies aspect. Ghosh first became interested in neurodegeneration in graduate school when doing rotations in a lab that dealt with Parkinson’s disease.

“I found [the field of neurodegenerative diseases] really really interesting because even [though] so many people [are] working, still today we do not have any prominent drug which can cure the disease,” Ghosh said. “So that actually was really fascinating to do something. As a researcher, there are a lot of questions [such as] why something is happening and what I can contribute to the field.”

Ghosh explained that neuroinflammation is a relatively new field of study in terms of neurodegeneration. Although there has been a lot of recognition of research concerning neurodegenerative orders, there are still no medicines available that can slow down or stop the process. However, he strongly believes that sEH is a valid target for helping treat such disorders, and that TPPU shows great promise as a potential drug and therapeutic molecule in the future.

“Although we do not have any particular medicine that will cure the disease or slow down the process […] in the last 10 years, we’ve moved tremendously in the field,” Ghosh said. “Now we know there are a lot of genes that are directly associated with risk for AD. So there is this interaction between the gene as well as the environmental cause. We do not have any medicine, but I am hopeful that [we will] soon because we are actually getting to being deep in the field. People need to be a little bit hopeful that it’s actually coming. That’s my promise and I strongly believe that it will not be that far.”