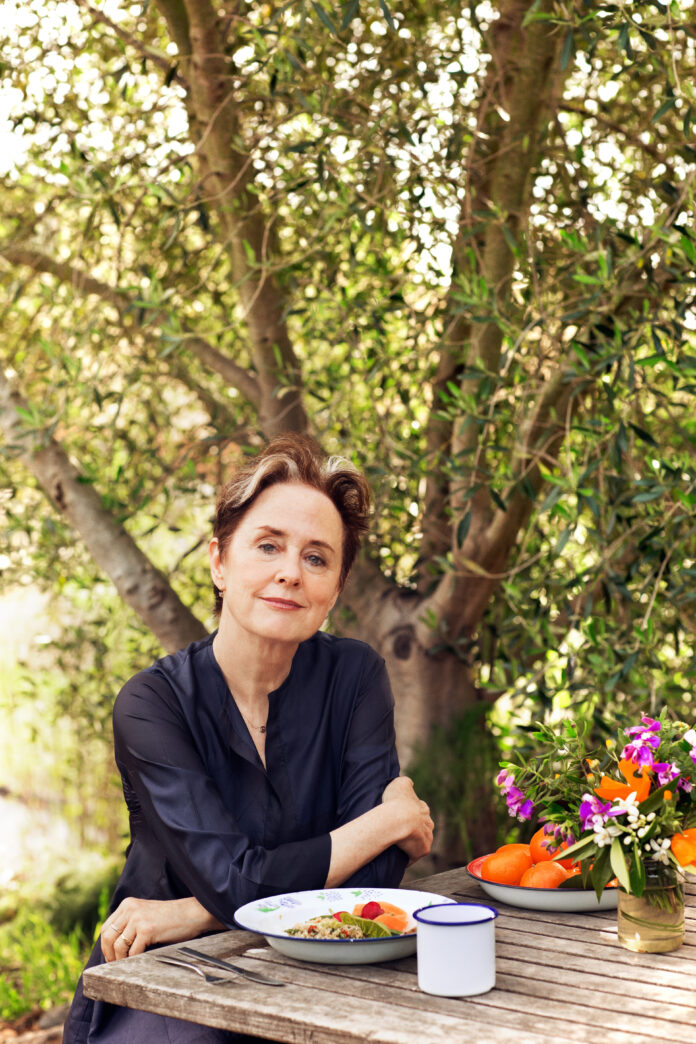 As Alice Waters celebrates 25 years of her Edible Schoolyard Project in Berkeley, the chef and activist is looking forward to extending the success of the program at Martin Luther King Junior Middle School (King Middle School) by partnering with UC Davis on the Alice Waters Institute for Edible Education. One goal of the institute, which will be located at Davis’s Aggie Square campus, is to bring programs similar to that at King Middle School to public schools across California and the U.S.

The Edible Schoolyard Project, which Waters founded in 1995, was meant to revolutionize the K-12 public education system. Waters said that she was inspired to do the project when it came time for her own child to go to school.

“I was remembering that when I went to UC Berkeley, it was number one,” Waters said. “And so was the UC system — it was number one in the world. I thought to myself, what’s happened to the public schools?”

Waters said that she was shocked that California was ranked so low for K-12 public education compared to other states, so she began talking to Berkeley community members about the issue. As she was discussing the issue with more community members, the principal of King Middle School reached out to Waters, asking her to come help the school change their curriculum and teaching style.

“There was something about that space,” Waters said. “I immediately said, “Oh, we’ll put a garden over there, and it won’t be for teaching gardening, per se. It will be for teaching academics.’ So kids can be outside, smelling and tasting and experiencing nature.”

Waters’ vision was a “Montessori pedagogical” program, wherein children would learn a vast array of subjects through nature and culinary activities. Waters was trained in the style of Montessori teaching, which focuses on a holistic, sensory approach to education, so she believes that the issue with the education system is in the way that schools are set up.

“We learn best when all of our senses are engaged,” Waters said. “We have been  teaching children in an industrial way where one size fits all and we’ve taken our school system and we’ve made it like our corporations. [Instruction] comes from the top down; we have to sit in these chairs, we have to learn to the standards, whatever they are, and I wanted to make an intervention.”

Waters said that through the Edible Schoolyard Project, students are not only learning to cook, but they are learning through cooking. She explained that, for example, when students are learning about the Middle East in history class, they are making pita bread, hummus and spesifik greens in the Edible Schoolyard and learning about the geography of the region and where ingredients to make these traditional dishes are grown.

In addition to improving the students’ learning experience in traditional school subjects, Waters said that she is confident that upon graduating, all students will have the skills to nourish themselves throughout their lives.

“I was pretty certain that this would work,” Waters said. “I have to say that after 25 years, I know it does, because we had a very good test case of 1,000 kids.”

In the 25 years since the Edible Schoolyard Project began, Waters and her team have set up similar Edible Schoolyard programs in five more schools. She said that they wanted to ensure that the project was adaptable to different regions of the country and demonstrate how schools can set up their own adaptations of the program. Today, they have programs in New Orleans, Upstate New York, Brooklyn, North Carolina and Los Angeles, in addition to the over 6,000 schools that have independently introduced some variation of the program.

Waters and her team do not have the bandwidth to be directly involved in all of them, but through the new Alice Waters Institute for Edible Education at UC Davis, she hopes to reach many more schools and programs and eventually change the education system across the U.S.

“It broke my heart that we haven’t understood that public education is our last truly democratic institution,” Waters said. “Every child goes to school — or should — and this is a place to make fundamental change.”

Craig McNamara, a member of the Alice Waters Institute board of trustees and California farmer, also expressed that he believes that the most effective way to make change in the U.S. is through the education system.

“Students have fertile minds and are capable of doing the research and the fact-finding and the diagnostic work to be scientists and policymakers,” McNamara said. “[Students] have the ability to find the solutions that are so critical to today’s challenges. At an institution like UC Davis, at the Alice Waters Institute, [students] will have the tools to do that and the physical space to bring people together.”

Waters has lofty goals for the Institute for Edible Education, which was announced in January 2020 and will be located on UC Davis’ Aggie Square campus in Sacramento. She explained that she wants the Institute to be sustainably built and to provide a space for researching regenerative farming and sustainability, gathering for summits and speakers and fostering community and teaching teachers how to use edible education in their own schools.

“The ways that we could do this in that building are endless,” Waters said. “I think we can have dinners that would be down in the wine cellar. We could show how to build a pantry. We’re going to need greenhouses. We’re going to need cool places to store food as the world heats up. It’s very scary, and we need to be prepared for this. I want to teach everybody and learn myself, how do we plant an edible cover crop […] that we can use instead of grass? How can we pull down carbon into the ground while we’re growing something to eat?”

As for her decision to partner with UC Davis, Waters said it was a no-brainer. She stressed that it is important for her to set up this institute in close proximity to the governing power of California in Sacramento and that the UC system’s mission aligned with her goals in a way no other institution’s did.

“The school system is so broken,” Waters said. “It needs the leadership that can come from the University of California. There’s no other public institution that I’ve never heard of that the world has had the mission of building the economy of the state of California, that has always wanted students to be educated, that it was affordable for them to come. These were in the document in the establishment of the UC system — it was their mission — and I think this is realizing their mission again.”

While the Institute is still in the early development process, both Waters and the UC Davis team are taking steps to prioritize equity and benefit the surrounding community as they develop it. Dean of the UC Davis School of Education Lauren Lindstrom said that they are working with the Oak Park community, where UC Davis’ Aggie Square campus is located, to ensure that they respect and enhance the community.

“Some of our early work has been talking with people in the community about what already exists,” Lindstrom said. “There are programs that address food and health, and we’re really trying to build on the strengths of the neighborhood, so that we don’t leave people out.”

Since the project was announced just over 18 months ago, the COVID-19 pandemic prompted school shutdowns and further exposed the inequity in the school systems in the U.S. Additionally, during the summer of 2021 alone, almost 1 in 3 Americans experienced a natural disaster, serving as physical evidence of the escalating climate crisis. Waters believes that despite the hardship of the last year and a half, these events have emphasized the importance of the Alice Waters Institute’s future work.

“I think what has shifted is an understanding of how important this could be for the whole University of California and the state of California,” Waters said. “I think we might be able to fund it more easily than I ever imagined. I thought that this would be a lot of work to fund, and I don’t feel like that anymore. I feel like we are looking for projects that are really meaningful, that are being the change we need to make.”

Correction: An earlier version of this story incorrectly identified Lauren Lindstrom as the director of the Alice Waters Institute. The story has been updated to correct the error.