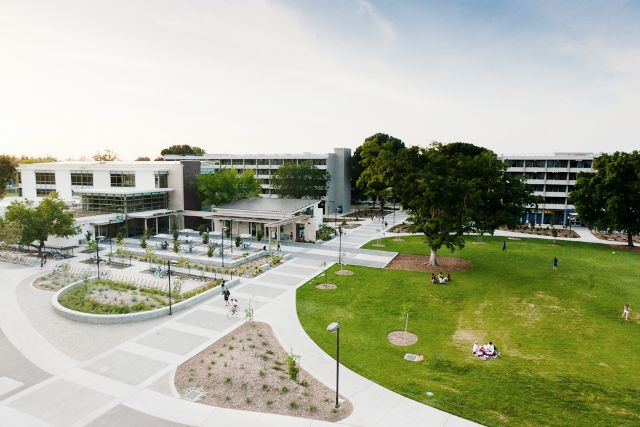 Foundation Windpower, a company that specializes in producing renewable energy, has proposed a plan to campus administration that would put up two wind turbines that could potentially produce enough energy to power 7,500 dorm rooms.

According to Bob Lewis, founder and vice president of sales at Foundation Windpower, if administration agrees to accept the turbines, the company will develop, finance, build, own and operate the wind turbines at no cost to the campus.

Mike Sheehan, director of facilities services at UC Davis Student Housing, said that hesitation to accept the turbines is in large part due to an uncertainty that the benefits would outweigh the costs.
Foundation Windpower estimates that the wind turbines will save the university over $2 million in energy costs over the life of the equipment.

“We price our electricity so it is cheaper than the traditional power supplied by the utility. We guarantee our price will start below and stay below the utility’s price,” Lewis said.

In addition to economic savings, the wind turbines could provide a source of energy that is safer for the environment. According to Lewis, the wind turbines are expected to reduce carbon dioxide emissions generated by the university by about 5,500 tons every year.

“This is equivalent to the greenhouse gas reducing effect. [It is] equal to planting about 1,500 acres of trees,” Lewis said.

Since 2011, Lewis and his team at Foundation Windpower have been collaborating with campus administration to understand and analyze the cost and benefit of this project in both financial and environmental terms.

“At this time, we have not pursued wind energy as we have been advised by consultants that this is not an optimal area for wind harvesting,” Sheehan said. “The other challenges with wind turbines [are] their requirement for a significant amount of land, their creation of visual challenges and when deployed in the wrong area [their danger] to local birds such as the Swainson’s Hawk.”

According to Lewis, the company conducts regular bird-monitoring at many of their projects and has not had any issues with injuring birds.

“We have proposed these turbines to be near the freeway and the University substation, so we expect the same results we’ve had at our eleven other locations,” Lewis said.

John Pimentel, co-founder and president of Foundation Windpower, said the campus’ adoption of wind energy could spur opportunities for academic research and knowledge about renewable energy.

“Curriculum could be created on how renewable energy projects are envisioned, permitted, financed, constructed and operated. Environmental studies on the benefits of the project and biological studies on its impacts could become part of UC Davis course offerings. We think this is a marvelous fit with the UC Davis’ unique mission and reputation as environmental and biological thought leaders,” Pimentel said.
However, the academic aspect of wind energy on campus might already be covered.

“We have a small wind turbine on the roof of Bainer Hall,” said Case Van Dam, professor and chair of the mechanical and aerospace engineering department on campus. “It doesn’t power the building; it’s more for education purposes — for research.”

Although consideration to set up the turbines has been in the process for two years, Sheehan emphasized that developing a well thought-out and strategic plan for on-site renewable energy and alternative energy is a priority for UC Davis.

“Currently, there are solar electric systems and solar thermal systems serving many housing and campus properties. Student Housing has photovoltaic panels on Alder, Thompson and Miller residence halls, [the] Segundo Dining Commons, Segundo Services Center and the Tercero Dining Commons. Solar thermal systems are operating on the Cuarto Dining Commons and the Campbell, Potter and Wall residence halls,” Sheehan said.
According to Van Dam, a few wind turbines have also been set up and utilized by local businesses.

“There’s now four or five in the area … They provide most if not all power to the local business, and thereby [reduce] the electric energy that these businesses take from mostly PG&E in this part of the world,” Van Dam said.

Lewis and his team at Foundation Windpower are looking to finalize negotiations with administration before the expiration of wind tax credits at the end of 2013.