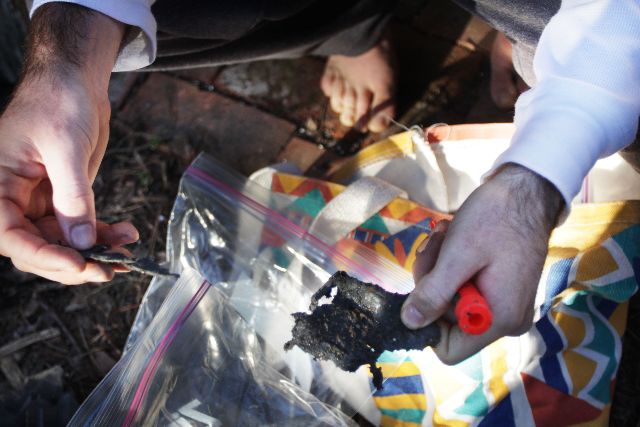 On the night of Jan. 17, eight explosions were heard by residents of the on-campus living community the Domes and surrounding complexes.

These explosions were the result of materials detonated at the site of the UC Davis Student Farm by police and other officials.

The materials were among those recovered from 418 Russell Park, home of chemistry researcher David Snyder, earlier that day. Snyder, in police custody under charges of possession of explosives and firearms, was injured in a chemical explosion occurring in the early hours of Jan. 17.

“Experts on the scene decided that some substances were not safe to transport a long distance, so bomb technicians found a safe space, off of Orchard Park, where they could destroy the substances safely,” said UC Davis Chief of Police Matt Carmichael in a Jan. 19 press conference.

The space they chose was the Student Farm, a plot of land for student use managed by the Agricultural Sustainability Institute (ASI). The Student Farm includes the Market Garden, where students can grow and sell crops, as well as other multiple areas serving educational purposes.

Soil samples from the Student Farm were taken by the Yolo County Bomb Squad as standard procedure both before and after the chemical detonations. After the CCOF’s investigation of the land, the Student Farm remained certified organic, according to Patricia Bailey with the UC Davis News Service.

The decision to move the materials from 418 Russell Park to the Student Farm was not an arbitrary one.

“The field selected was the closest open area in which [the detonations] could be done safely,” Bailey said.

The detonations themselves were loud enough to disrupt the sleep of some residents of the Domes, though they were given notice shortly before the explosives were detonated.

“Residents of the Domes, if they were at home, were notified in person by police officers on the evening of Thursday, Jan. 17, prior to the supervised explosions,” Bailey said.

However, Duskin Drum, resident of the Domes and cinema and technocultural studies teaching assistant, was not satisfied with the advance notice.

“Why were we, the next door residents not briefed? We were told to stay in our domes and not ask questions, essentially,” Drum said through email.

ROHIT RAVIKUMAR can be reached at campus@theaggie.org.