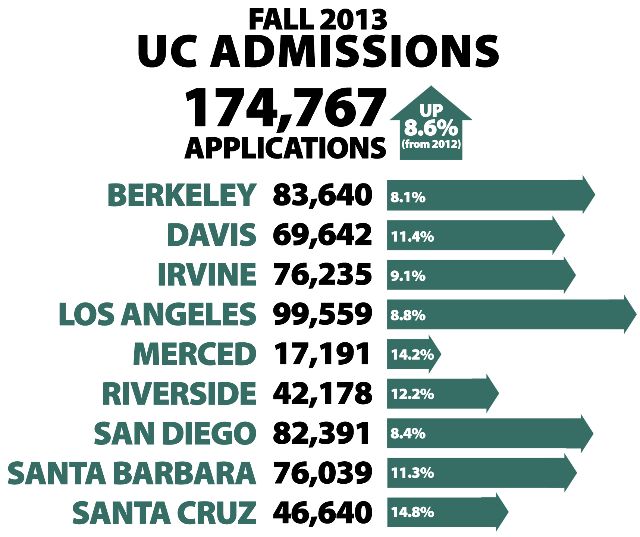 UC Davis experienced a 23 percent increase in applications from international transfer students for Fall 2013, the largest percentage increase of all University of California schools.

“For the last three years, UC Davis has put forth a significant effort in the area of outreach and recruitment to create a more global campus community,” said Walter Robinson, director of UC Davis Undergraduate Admissions. “The benefits of outreach and recruitment efforts are starting to show. We’re starting to receive applications of highly qualified students who come from globally diverse communities.”

According to Robinson, this all ties into Chancellor Linda Katehi’s 2020 Initiative.

“The general direction is one of growth,” Robinson said. “Of students from across the nation, the globe and from all regions of California.”

According to the “2020 Initiative: Work Plan” from Nov. 30, 2011, one of the three main goals is to create a more diverse scholarly community.

Systemwide, there was a 30.9 percent increase in applications from international students, both first-years and transfers.