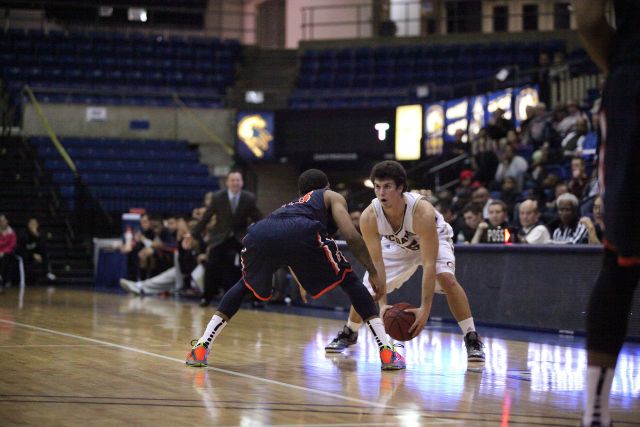 Teams: UC Davis vs. Pacific
Records: Aggies 8-11 (4-4); Tigers 12-8 (6-2)
Where: Alex G. Spanos Center — Stockton, Calif.
When: Saturday at 7 p.m.
Who to watch: Junior Tyler Les brought electricity to the Pavilion when the Aggies faced off against UC Riverside last week. He was called up to fill in for sophomore Corey Hawkins and played a phenomenal game.

Les scored 12 points and doled out a career-high seven assists to help UC Davis earn a 79-72 victory over UC Riverside. The Peoria, Ill. native has earned national recognition for his accuracy on shooting, but he has made true progress as a defender.

“I’ve been pleased with the defensive intensity I’ve seen from him,” said head coach Jim Les.

UC Davis is facing three incredibly tough road games in the next week and they may be without Hawkins for some or all of them. In that case, players like Les have to continue to step up and fill the void so the team can stay in contention for the Big West Conference tournament.

Did you know? Pacific is currently ranked second in the Big West and they have not lost a home game against a conference rival this season. They also left Davis with a 74-64 victory when they faced the Aggies in December.

Preview: This season’s mantra is “stick to the process.” Coach Les is pleased to see his team improving every single day.

“These guys, they’re working hard in the gym and games and we’re getting better every day,” Les said.

The Aggies need to keep the momentum up when they head down to Stockton this Saturday because Pacific is one of the best teams in the league.

“We have a big week of preparation coming up and we’re just going to continue to focus on the process,” Les said.

The process involves defensive improvement. The Aggies want to continue to win the rebound battle and contest more shots on defense.

Pacific is averaging 69.2 points per game and UC Davis’ offense can easily match that. During the last game against Pacific, the Aggies were let down by a flailing defense in the final minutes of the game.

“It’s frustrating to have so many late game losses. We’re working hard to turn that around,” Les said.

Pacific’s biggest threat is Lorenzo McCloud who is averaging 10.5 points per game. The Tigers’ roster is not stacked with a single threat on offense, which will challenge UC Davis’ defense because they spread the ball and every player is fairly productive from the perimeter.

A win over Pacific would allow UC Davis to pull to 5-4 in conference play which would keep them comfortable in the hunt for a spot in the conference tournament. They are focusing on big defense and firing on all offensive cylinders.

If Hawkins is out for this game, the Aggies will need senior point guard Paolo Mancasola to start taking a few more shots.

Mancasola battles to get the ball into the paint and he is always looking for the kick out to the open man. However, sometimes his looks are too good to pass up and he needs to start capitalizing on them.

“We will need Paolo to be a bit more aggressive in the coming weeks. If he becomes a threat they start crashing in to guard him in the middle which leaves shooters open in the wings,” Les said.

There are a lot of factors for the Aggies to keep in mind this Saturday, but Coach Les wants them focused on what it will be like to walk away with a win.

“There’s nothing better than earning a great win,” he said.