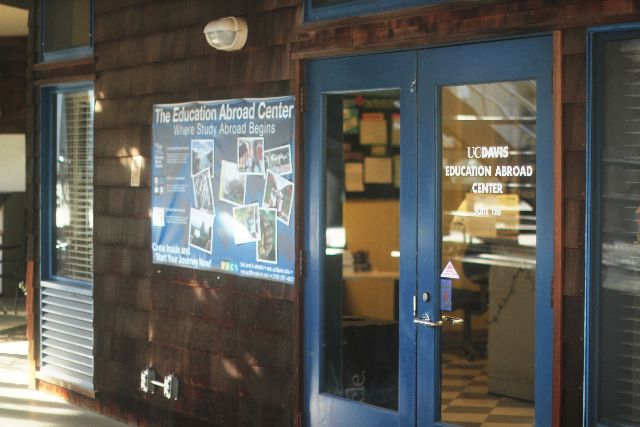 The University of California Education Abroad Program (UCEAP) announced that it will be doubling scholarship funding to $1 million for 2013-14.

UCEAP will be giving scholarships to students of all majors and programs, according to a press release from UCEAP. It will also award scholarships for returning students who are selected to be Student Ambassadors.

“We know from surveys and advising that finances [or] lack of financial aid is the number one reason given by UC Davis students for not participating in a study abroad program. These are students who want to study abroad but do not have the resources to make it happen. For those who do study abroad, over 60 percent are self-reported financial aid recipients. At the same time, we consider study abroad to be a core part of a UC Davis undergraduate education. Any student who has the resources to attend UC should also have the opportunity to study abroad, period,” said Zachary Frieders, associate director of the UC Davis EAC office. “To make this a reality, we are committed to increasing accessibility of study abroad for all students, and scholarships are a major component of this effort.”

According to the UCEAP website, costs for an average quarter stay are around $17,000. An average summer program costs about $10,000 and an average year long stay would cost about $20,000.

“As a former UCEAP participant, I can’t stress enough how crucial an international education is in today’s globalized world. The recently announced $1 million study abroad scholarship initiative and the recent increases in UC Davis Travel Awards ($80,000 for Summer Abroad and $40,000 for the Quarter Abroad program) won’t just help students begin their study abroad experience, but will also help build the global-minded leaders that our world needs,” said Bryan Steele, a fourth-year international relations major and study abroad peer advisor at the EAC who studied in Barcelona, Spain for a year, in an email interview.

Many agree that UCEAP’s $1 Million Scholarship Initiative will broaden study abroad opportunities for UC students from all backgrounds and academic disciplines.

“Studying abroad is truly a one-of-a-kind, life-changing experience that I would recommend to anyone and everyone. Many students cannot go because of the financial burden, so it’s amazing to know that this grant will help make the opportunity of studying in a different country a reality,” said Crystal Arnold, a third-year animal science and management double major who studied in Australia for Fall Quarter.

Summer Abroad enrollments have just opened and programs are available on a first-submitted, first-enrolled basis. The center boasts over 40 programs in countries all over the world for four weeks and a total of eight units earned.

NATASHA QABAZARD can be reached at campus@theaggie.org.