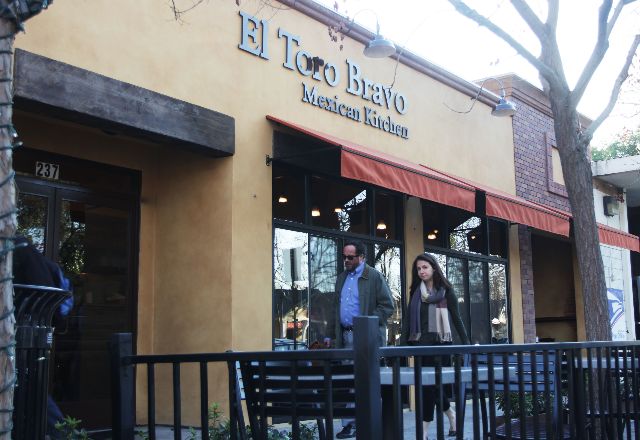 “I saw that there was a need for a new Mexican restaurant, other than a taqueria, in Davis,” said Derar Zawaydeh, one of the owners of all three restaurants. “What we learned at Burgers & Brew and Crepeville was how to present the restaurant with the environment, and use healthy ingredients in our food.”

Zawaydeh started restauranteering in San Francisco about 30 years ago, and then moved to Davis to open restaurants. Zawaydeh and his brother are co-owners of Burgers & Brew, Crepeville and El Toro Bravo.

Zawaydeh first expanded to the Sacramento area by opening Crepeville in early 2002. He opened Burgers & Brew in 2007. In addition to locations in Davis, he and his brother have restaurants in Sacramento, Chico and the Sacramento International Airport.

El Toro Bravo offers daily specials and their price range is similar to both Crepeville and Burgers & Brew. Zawaydeh hopes that business will continue to expand by word of mouth. Eventually, he wants the restaurant to include a bar.

“This translates well into student life,” said Reilly Bennett, another manager. “Nothing is over $10.”

Zawaydeh said a main concern when opening the restaurant was to keep the food as authentic as possible. He said to do this, they hired a chef who cooks homestyle Mexican food, so that the food couldn’t get any more authentic.

“The result was really good,” Zawaydeh said. “The food is really good and different than a normal taqueria. It’s lighter, but still very flavorful.”