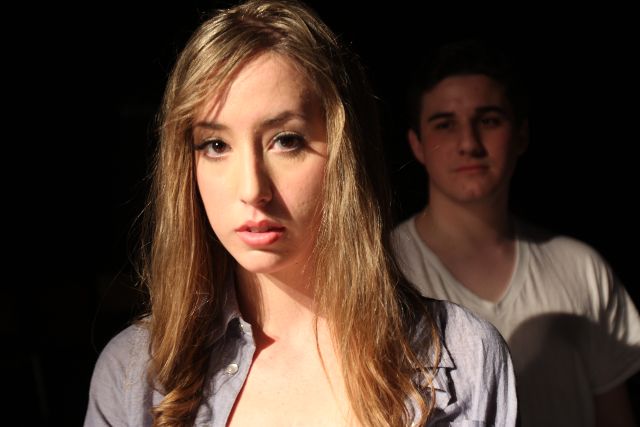 If you are interested in intellectual finery of the bawdy sort,‘Tis Pity She’s a Whore, the new production by Davis’ own theater group Studio 301, is exactly what you need. Studio 301 reinvents John Ford’s classic drama in a contemporary setting. The play retains the Elizabethan language while drawing out its dark comedy elements.

Studio 301’s version will capture the interest of the modern viewer and invite them on a journey of rural intrigue.

Mitchell VanLandingham, a fourth-year linguistics major, had the chance to direct this reimagining of Ford’s work. A veteran of Studio 301, VanLandingham had only positive words to say of the student-organized and acted troupe.

“Whenever you read a book about Shakespeare, John Ford pops up. I love Shakespeare and I’ve directed his plays, but it was nice to see this play that is so infrequently done come to life,” VanLandingham said on the matter of choosing to direct such a unique piece as ‘Tis Pity She’s a Whore.

He went on to explain that even among his contemporaries, Shakespeare’s writing can be viewed as dense. In contrast, even after his first reading, Mitchell was struck by the modern prose and the humor easily accessible in John Ford’s work.

The play possesses many macabre elements that will appeal to our modern disposition.

“It’s a bloody play with really gory stuff. It’s a lot of fun to do,” VanLandingham said.

“Pay attentions to the asides. There are so many different side characters that pop up; it will invite the audience into the play,” VanLandingham said.

Robert Hansen plays Giovanni in ‘Tis Pity She’s a Whore. This second-year genetics major noted the dedicated professionalism of Studio 301’s production. Compared to other performances he’s been a part of, Hansen noted everyone was off book extremely early and really immersing themselves in their respective characters. He also noted the small interchanges between characters.

“Watch out for the little tiffs. Pay close attention. You’ll catch those clever moments and think ‘oh I’m so smart’ — I love that feeling,” Hansen said.

Despite the archaic language, Robert noted how quickly the troupe picked up the prose. There was a tough learning curve, but they all stayed focused and firmly asserted their roles.

Third-year dramatic arts major Toni Postell ran stage management on the production. She was at first hesitant to the production’s location change. It was hard to envision a 17th century play being reimagined in a modern setting while still retaining the language.

Despite the fact that such an undertaking was daunting, Toni was shocked at the alacrity with which Mitchell captured the setting. She noted VanLandingham’s background as a linguistics major as being essential in the learning curve of the cast.

Besides the challenge of language, Toni discussed the difficulty of staging the play in Sciences Lecture Hall 123 instead of a classic theater. She noted that despite all its shortcomings, the group has utilized the Greek amphitheater style of the space.

With creative costume design and a simple set, the group has worked the room to their advantage. “We will be ready; we are ahead of our game. Vengeance!” Postell said with assurance.

Gouged-out eyes, tragedy, bandits and danger, for only $5 — how could you miss it?