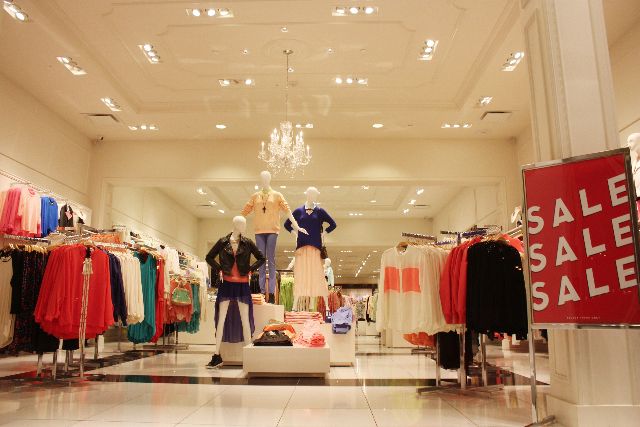 As one of the only clothing chain retailers in Davis, Forever 21 wins best clothing store for the second year in a row.

The store, which opened in 2011, is conveniently located at the University Mall shopping center across the street from campus and next to other highly patronized stores.

The store boasts an impressive 38,418 square feet of space and two entrances.

“I think UC Davis students like Forever 21 for its location, its wide variety of styles and the prices,” said Nicole Lanni, a second-year textiles and clothing major and former Forever 21 sales associate who worked there during spring and fall of 2012.

“Forever 21 is always a good option for college students on a budget as opposed to the boutiques downtown or the Gap,” she said.

Students like the Davis location for its spacious and organized layout. There are often themed “rooms” for similar items. For example, past themes have included tribal prints or neon colors. Furthermore, there are often markdowns on older pieces as new merchandise is frequently introduced.

“This is my favorite Forever 21 so far because it has so many different style options,” Lanni said. “There is a room for club apparel, one for activewear and so on. This is often hard to find at other Forever 21 stores.”

“I can find things here I can’t find at other Forevers and all of the departments are organized and well-kept,” Oaks said. “It’s great for a quick shopping fix in the middle of the week or when I need a last minute outfit for a sorority exchange or a night out with my friends.”

The store also has a department for plus sizes and men’s clothing.
Students can also enjoy shopping for clothes at Target and the Gap, which were voted second and third, respectively.