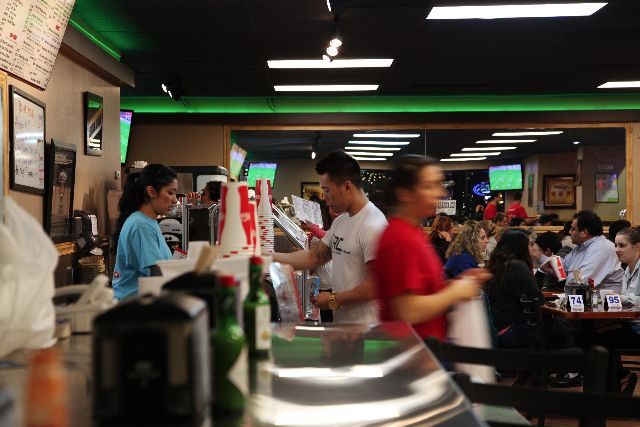 The restaurant just opened in November. Aside from the excellent food and service, their late-night hours contribute to their growing popularity.

They are open until 11 p.m. Sunday and Monday, midnight Tuesday and Wednesday and 3 a.m. Thursday through Saturday, making it a great place to eat at before or after a night of bar hopping, or as a snack in the middle of studying.

“People are studying and they want to get some food at 1 a.m. or 2 a.m., up until 3 a.m., so it’s a good base for UC Davis students,” said Veronica Guzman, co-owner and wife of co-owner Diego Gonzales.

“I think it’s a different perspective on a taqueria. We have the modern twist, we have large-screen TVs, we have a sports bar and we have authentic Mexican food. The ambience sets us apart from any other taqueria,” Guzman said.

They offer an extensive menu that is sure to satisfy all appetites, which includes tacos, burritos, tortas, enchiladas and combination plates, among many other choices.

“I happened to first notice this place after a night out with friends. I really liked the food and even went back the next day,” said Jennifer Gong, a fourth-year communication and linguistics double major.

Those wanting to try out the other new places to dine in Davis can go to this year’s second- and third-place winners, Panera Bread and Pho King IV, respectively.