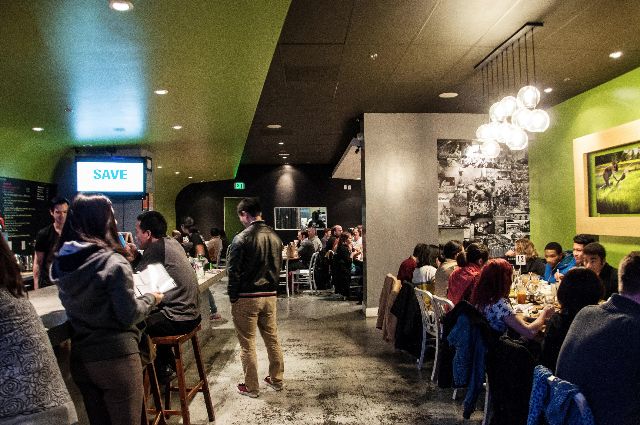 With a plethora of Thai food options in Davis, UC Davis students chose Thai Canteen as the best.

The restaurant, located on E Street, opened in 2010 and prides
itself on its casual and student-friendly atmosphere.

“We cater to UC Davis students,” said store manager Peter Sriboonreuang. “It’s not your typical Thai restaurant with a waiter — you order at the counter. It’s fast-paced.”

Thai Canteen offers some of the lowest prices compared to other Thai restaurants in Davis. The most expensive item on the menu is the crab fried rice for $8.95. According to Sriboonreuang, the pad thai and Pad Si Ew are the most popular dishes, along with No. 10 on the menu, which is a stir-fry cashew dish. All range from $6.95 to $7.95 in price.

“The Pad Thai there is my favorite out of all the Thai restaurants in Davis,” said fourth-year chemical engineering major Kent Ly. “It’s a good place to come with a group of friends. They’re one of the only places that consistently open past midnight, which is good for a late night bite or a study session.”

“We’re open late, so when students are up studying, they can come in here and use our Wi-Fi,” he said.

In the past, Thai Canteen has partnered with the ASUCD External Affairs Commission to bring unlimited Thai iced tea during finals week for UC Davis students.

“We started that last year,” Sriboonreuang said of the event. “It’s a big old study session. It’s still up in the air for this year. We’re always thinking of ways to bring more students in and to get our name out there,” he said.

Runner-ups for best Thai restaurant were Sophia’s Thai Kitchen on E Street and Taste of Thai on G Street, respectively.