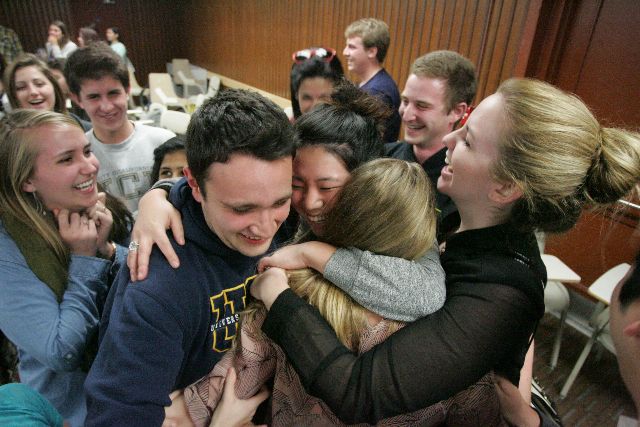 Results from the ASUCD Winter Election were announced today, with NOW candidates Carly Sandstrom and Bradley Bottoms voted to become the next president and vice president.

“[I feel] fantastic. All the work paid off. It was a great campaign. Everyone — from all slates — worked their butts off,” Sandstrom said.

Out of all UC Davis undergraduate students, 6,252 voted in the election — 24.2 percent. Aaron Hsu, ASUCD Elections Committee chair, said he was pleased with this voter turnout.

“Since 1991, this record has only been surpassed three times in a winter election,” he said.

In the senate race, NOW candidates came out on top, with Ryan Wonders, Amrit Sahota and Pamela Nonga taking the top three slots. Yee Xiong of SMART, Miles Thomas of BEST and Reuben Torres of SMART also came away with wins.

Elections Committee still must sort out any filed complaints against candidates, which is what made these results “preliminary.” If the committee disregards all complaints, then the senators-elect will be sworn in on Thursday, Feb. 28. The president-elect and vice president-elect will take office at a later date.