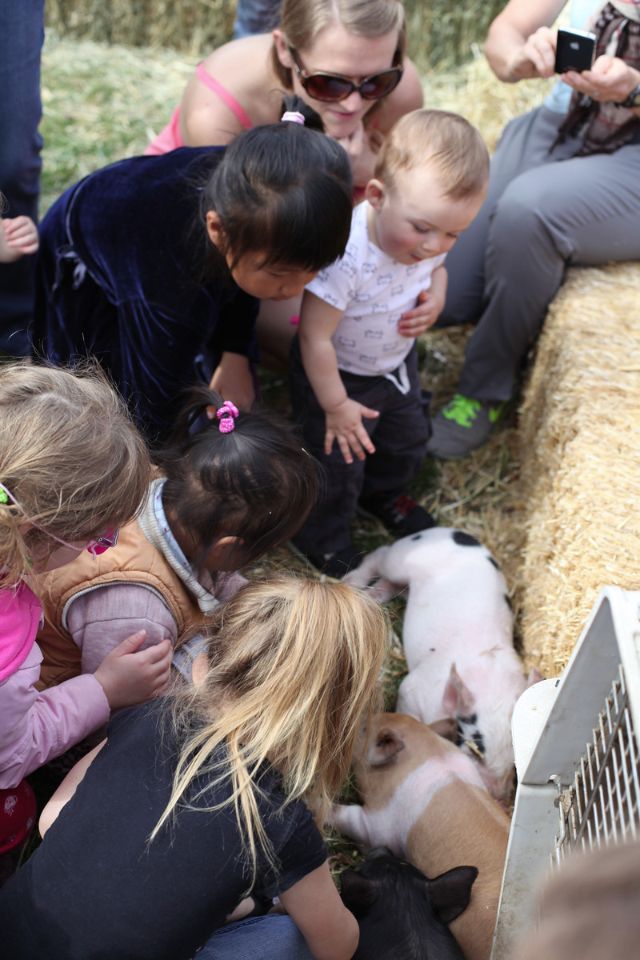 It was pig perfect on Saturday. From 8 a.m. to 1 p.m., the Davis Farmers Market at Central Park hosted the 22nd annual Pig Day.

The food is also pig-related, ranging from pig cupcakes to pig popsicles to pigs in a blanket to pork ribs, provided by various Davis restaurants.

“The food and pigs attract everyone so it’s really an event for the whole family. People are dying to get out by this time of year since the weather is now so nice,” Keller said.

The pigs have been provided by Woodland pig farmer Jim Neilson for 20 years.

Neilson started being a pig farmer because his sons raised three pigs for a project and sold one. Neilson took the other two and began breeding them. His grandfather was a pig farmer as well and used the unique tactic of rounding up pigs by horseback.

“It’s an amazing experience [volunteering for Pig Day] since many kids and even adults never get a chance to see and touch pigs. The adults get just as excited as the kids,” Neilson said.

Second-grade teachers at Davis public schools and a researcher from Berkeley dressed as the Three Little Pigs and the Big Bad Wolf, dancing around and entertaining the Davis community.

“We look forward to Pig Day every year. Elise loves the piggy pops and dressing up, and Jack loves the wolf,” said Melissa Bauman, mother of two children — 7-year-old Elise and 3-year-old Jack.

Some individuals were also celebrating their first Pig Day.

“This is our first Pig Day and it’s great fun. There’s a lot of community spirit,” said Nigel Brown, who recently moved to Davis from London, England with his two kids.