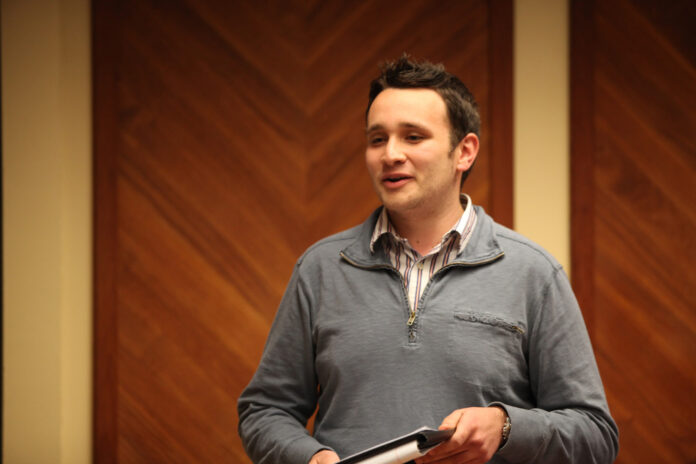 Senators who did respond admitted to accomplishing few, if any, of their platforms. However, they still feel that they were successful leaders overall.

Accomplished?
Anguiano could not be reached to receive feedback on her term in office. More grants for community-specific graduations were secured, though.

Accomplished?
“For my advocacy platform I said that I would engage leaders by bringing UC Davis students to the Capitol as well as bring leaders back to campus for direct conversations with students and to see the condition on campus. During my term, I lead the UC Davis delegation (although small) to the Capitol for the March in March. I also went with many other students to lobbying sessions with the Regents and hearings that pertained to higher education. As for bike safety, I was really fortunate to have a good working relationship with Student Housing to work on bike safety education during orientation. I was also able to work with campus grounds and facilities to ensure that the infrastructure of our campus is safer for cyclists through bringing more bike circles to campus and repaving roads. The police department was also an amazing partner in making sure that bike infractions are remedied through education rather than punishment. Unfortunately, I did not find the proper home for a bike skills class yet, as there are a lot of liability risks associated with that, but will continue exploring that in the next year.”

Platforms
Increase the number of wireless hotspots on campus
Reach out to disadvantaged UC Davis students, making them aware of support systems available in UC Davis

Accomplished?
Gilbert expressed interest in being included in the story but did not provide a response.
It’s tough to objectively say whether or not Gilbert reached out to disadvantaged students without any documented proof. There were no bills passed, however, to increase wireless hotspots on campus during his term.

Accomplished?
“I think I have had a very successful term mainly because I made ASUCD my number one priority during this past year. As far as my platforms go, I did not get very far during my term with my first one which was having course syllabi available to students before class registration but I did have a very productive meeting with Carolyn de la Pena, the Vice Provost of Undergraduate Studies, and Elias Lopez, the University Registrar, [earlier] to discuss the topic and I still plan on working on accomplishing it even though my term is over. My second platform is tougher to determine if I accomplished it or not because it was very broad based but I do believe my work on voter registration, actively supporting and advocating for Prop. 30 on campus and attending Lobby Corps weekly, as well as going on multiple lobby visits to the Capitol in Sacramento to advocate for student issues did ‘empower student advocacy’ to a certain degree.”

Accomplished?
“I think my term as a Senator was successful. If anything, it was a continuous learning process … It was a great opportunity for me to back what I thought was important especially during budget hearings for things such as Safeboats and AggiePack. I unfortunately didn’t have the opportunity to accomplish any of my platforms, however, I don’t think that speaks to how I did as a senator. A lot of people come unprepared with their platforms when running for Senate and I was one of them. I failed to realize how much effort, money and time my platforms would take. I didn’t realize the complications I would run into. For example, although this wasn’t my platform, my project of beautifying the 24 hour study room took [over four] months of work to accomplish with constant emails and deliberation.”

Accomplished?
“I was able to accomplish the first platform by working with the police department and partaking in the Campus Safety Lighting Walk. We went around and took note of lights that were broken or covered by foliage and submitted requests to the power and lights department … The second platform of maintaining/improving roads on campus was something that I wasn’t able to really work on during my term. For the third platform of ‘uniting interfaith groups to work on campus to fight for social justice issues’ I was able to work behind the scenes and help publicize for the ‘knockout slavery’ event … hosted by Catalyst, an on-campus Christian ministry … However, looking back, I could have done more to work on this platform … In conclusion, I felt I had a pretty successful term because I was able to empower students by accomplishing some of my platforms, and because I actively engaged with my constituents through office hours.”