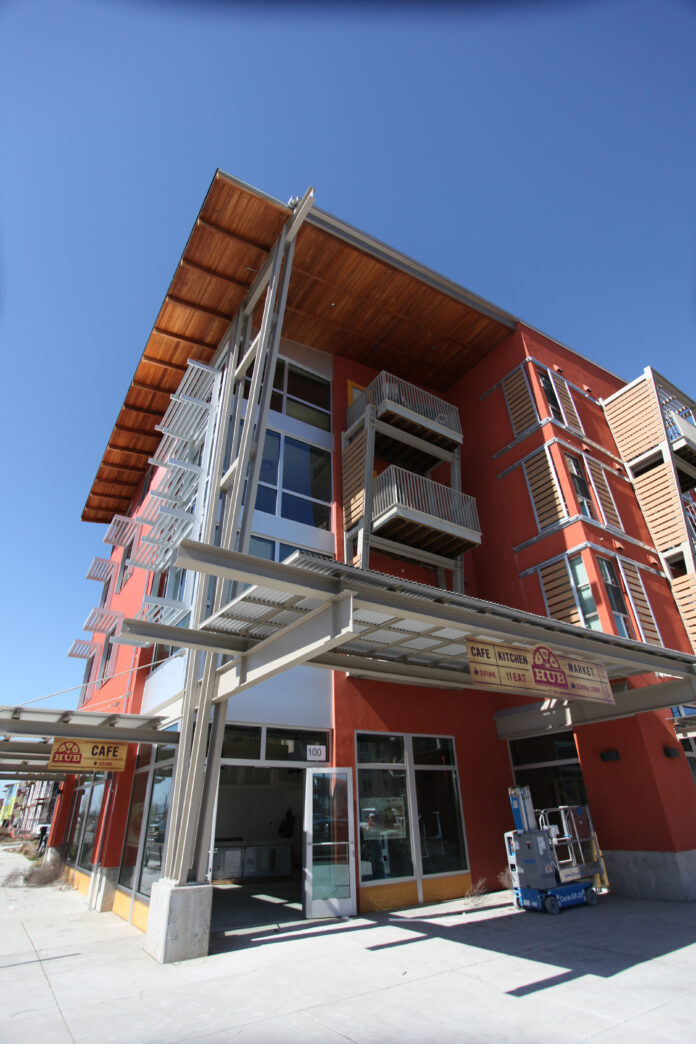 UC Davis West Village is home to 1,500 residents, a pool, a gym and a study area. And at the end of March, West Village will be introducing the new HUB kitchen, cafe and market.
HUB has been in the works for some time and is intended to support the property, its residents and the Davis community.

“These retail operations are designed to provide what is needed for the residents of the West Village apartments and the West Village development, as well as students and anyone else that wants a great cafe or place to shop for sundries,” said Ron Heckmann, a spokesperson for West Village Community Partners.

According to HUB’s website, the cafe, kitchen and market will each be open seven days a week.

HUB cafe will provide coffee and espresso drinks as well as baked goods and breakfast foods, and is intended to be used as a gathering place for residents, according to Heckmann.

The market will provide sundries such as household goods and some supermarket variety items.

The kitchen offerings include an assortment of pizza, sandwiches, salads and pasta dishes as described by HUB’s website. The entire list of menu items can be found at hubwestvillage.com.

All of the food will be provided by Sodexo, which currently services both the Silo and the Dining Commons on campus.

“The development team knows a lot of service providers in the industry, and when talking with Sodexo, they made for a great fit,” Heckmann said.

The menus, market offerings and the name were influenced heavily by a focus group which contained residents and some non-resident students.

“We’re thrilled to have HUB opening up in March to expand the offerings here at West Village,” said J. D. McLeod, a senior community manager for West Village, in an email interview. “We’re already seeing the kind of community atmosphere and student-life that was first envisioned, and the HUB will just add to it.”

According Heckmann, now is the most opportune time to open such establishments so that West Village can best accommodate its expected growth.

Heckmann said that the available apartments are filling up and a third project, Solstice, is completing construction and will be occupied this fall.

Third-year exercise biology major and current West Village resident Molly Garcia said that HUB will be convenient as long as the prices are affordable. She said that she currently feels like it is a pain to get in the car when she wants to get a coffee or something small to snack on, and HUB’s location will make her life easier.

“If it’s super expensive, I’m obviously going to drive to Starbucks or Safeway, but if not, [it’ll] be awesome to just walk down there to get something to eat,” Garcia said.

First-year psychology major and prospective West Village resident Sedona Kolodney said she is excited to live in Solstice and utilize all of the facilities that West Village has to offer.

“It’ll be helpful to have that stuff because there’s not much out there,” Kolodney said.

SYDNEY COHEN can be reached at city@theaggie.com.