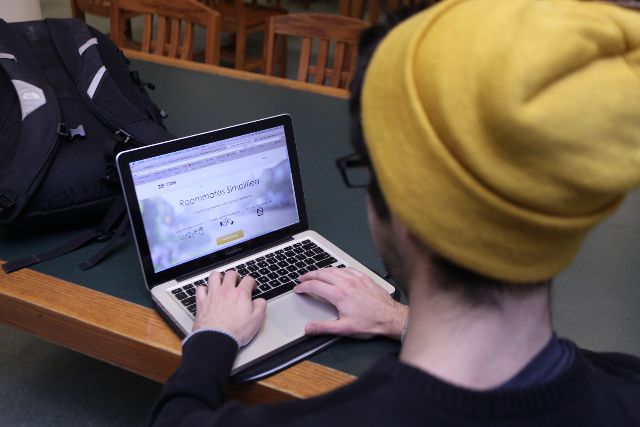 Zenrow is a new tool that offers college roommates a solution to handling and paying bills — a common grievance in college.

“Like most useful applications, the founding team had a deep-seated need for Zenrow,” said Luke Langon, one of the founders of Zenrow. “At a certain point, almost every roommate gets fed up with the elongated process of handling rent and bills between each other.”

The website allows roommates to post the quantity of each bill and calculate who owes what. It also keeps track of issued payments.

To make a payment for each bill, a PayPal button appears under the specified amounts and each roommate can pay their individual dues.
According to Langon, Zenrow creates a central space instead of relying on many different modes of communication to handle payments between roommates.

“I think anything that can solve potential conflicts over money is useful,” said Deep Singh, a third-year mechanical engineering major. “Dealing with money can put serious strains on friendships so anything to ease that is a good idea.”

Langon launched the website along with his two friends, Matt Holt and Eric Bailey. It’s been over two months since they started the website, and Langon said they have seen it spread to many more people by word of mouth.

“We’ve received feedback that Zenrow is particularly useful for college roommates because they tend to keep a tighter schedule of settling up on shared bills soon after receiving them,” Langon said.

Third-year biochemistry major Kevin Tran said that the website seems like a cool way to organize apartment tasks and funds online. However, he thinks that using existing modes of online communication, like Facebook groups, works just as well.

Zenrow has started to reach out to various college campuses. Their representative at UC Davis is fourth-year managerial economics major Sean Newell.

“They’re just starting to spread on campuses across the nation and are solving big pain points for college students,” Newell said in an email. “The average group of roommates calculates who owes what for bills and rent in Excel or on paper, then reminds each other of the owed amounts by different modes of communication [such as] in person, text [or] email because nobody ever has their checkbook on them, and then finally writes and exchanges multiple checks between each other.”

James Sherrer, a fifth-year managerial economics and political science major, has been using Zenrow for a while now. He said Zenrow has solved many money issues between him and his roommates.