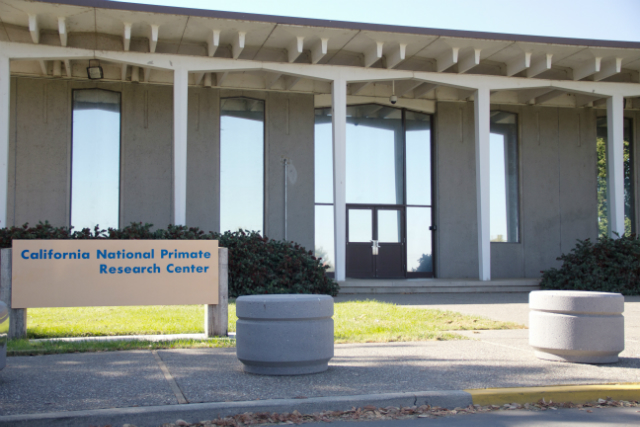 In response to a complaint filed by an animal rights group, the U.S. Department of Agriculture (USDA) cited the California National Primate Research Center at UC Davis for maltreatment from 2009 to 2010, specifically the death of 19 monkeys.

UC Davis appealed the citation, and after continued investigation, the USDA recently decided not to issue a fine due to improvements since the deaths occurred.

Between October 2009 and June 2010, 19 rhesus macaque monkeys died in the outdoor breeding colony, and in response Ohio-based animal rights protest group Stop Animal Exploitation NOW (SAEN) sent a complaint to the USDA. The USDA issued a preliminary intent to cite and inspected the research facility as well as the necropsy records of the 19 primates in February 2011.

However, since this number is within the acceptable rates of mortality in large breeding colonies, the Primate Research Center and the university appealed the citation. After a prolonged period of appeals protesting, the USDA publicly issued the inspection report on Monday. The USDA did not levy a fine for the research facility.

“There is no penalty action that will accompany the results of this inspection,” said David Sacks, USDA spokesman for the Animal and Plant Health Inspection Service. “The UC Davis primate center is working to improve the care of its primates, and that is a good thing.”

Dr. Dallas Hyde, center director and professor of veterinary medicine at UC Davis, said animals in the wild have a threefold death and illness rate than in the center’s colonies.

“The large majority of deaths occur in young animals in which there is a short window of time to discover and treat the illness or injury,” Hyde said. “We’re doing as well as any other facility in the country in terms of statistics. The USDA let the citation stand, but they didn’t fine us because the remedial steps that were taken to address the problem were impressive. We tried to find improvements everywhere we could.”

According to the inspection report issued by the USDA in February, and made public on Monday, appropriate methods were not used to prevent, control, diagnose and treat diseases and injuries of several non-human primates housed at the facility. A majority of the primates died from lack of adequate nutrition and/or parental care.

The Primate Research Center is one of eight primate centers supported by the National Institutes of Health and houses 5,000 non-human primates for breeding and research in areas including behavioral disorders such as autism and Alzheimer’s; infectious diseases such as HIV, tuberculosis and malaria; and respiratory diseases such as asthma and chronic disruptive lung disease.

Since the complaint was filed, according to Hyde, the facility has instituted a mortality review committee and now conducts afternoon health checks alongside the existing morning health checks in order to identify more animals that need assistance. The center pays especially close attention to infant primates, who are often protected by their mother and hard to inspect from the outside of the field cage. By implementing positive reinforcement training for mother primates at risk, he said, the center is better able to inspect both mother and infant.

“We do not want to disturb the social bond between mothers and babies,” Hyde said. “By training them to come up to the field cage side with the infant, it really gives us the opportunity to do a quick inspection daily to have a better handle on how the infant is doing. It’s the best, least stressful way to do an exam.”

SAEN executive director Michael Budkie issued a press release Tuesday, which stated that primate deaths continue, and alleged that negligence has increased at UC Davis, as a dozen infant primates died in 2011 from the same causes that affected the primates that perished in 2009 and 2010.

“[UC Davis] receives over $11 million per year, and they can’t even make sure the infant monkeys are surviving,” Budkie stated in the press release. “This is federal highway robbery combined with animal abuse on a massive scale. It is clear from UC Davis’s own veterinary records that infant animals are still suffering from maternal neglect and that the care given older primates has not improved — this negligence has led to multiple deaths. Nothing has changed; primates are still suffering and dying in violation of federal law.”

“We’re leading the field in how to raise animals in captive environments,” he said.

SAEN has filed another complaint for the deaths of a dozen infant primates in 2011, according to a news release on Tuesday.

More information on the California National Primate Research Center can be found at cnprc.ucdavis.edu.

STEPHANIE B. NGUYEN can be reached at campus@theaggie.org.