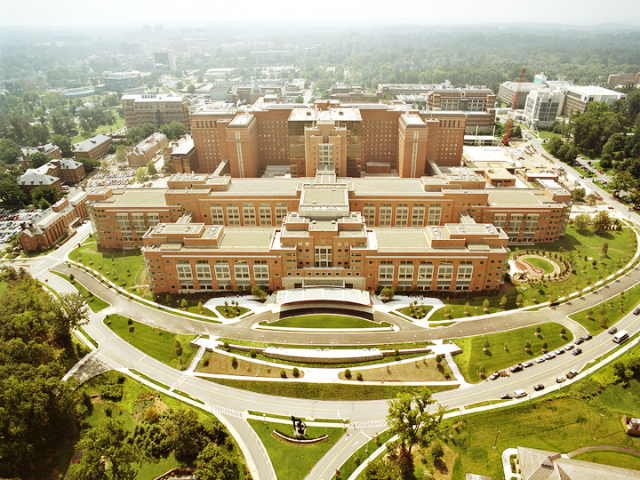 Higher education can expect to be hit in two major ways because of the sequestration — cuts in financial aid and research funding. Pell Grant awards will begin to lose funding after one year, affecting over 1 million California students, and funds for new research projects will decrease by millions.

In 2011, Congress passed the Budget Control Act, outlining a series of budgetary cuts — projected at $1.2 trillion — that President Barack Obama said were designed to be “unattractive and unappealing” to compel parties to arrive at a compromise of sensible cuts.

Congress did not strike a compromise by the March 1 deadline. The original January 2013 deadline was extended by the American Taxpayer Relief Act of 2012.

According to University of California Federal and Governmental Relations, there is little information from the Office of Management and Budget regarding how the cuts will be implemented, but it is expected that federal agencies will have a level of discretion in doing so.

Gary Falle, associate vice president of Federal Governmental Relations, said that because agencies are still deciding on how sequester cuts will be distributed, it is too early to know what the broad impact will be on the UC Fall Year 2014 Budget. But it is clear that research funding will be heavily impacted by the sequester, as will student financial aid programs, he said.

“The automatic across-the-board federal cuts will harm funding to researchers across the university system. We are very concerned about new grants that may not be funded by agencies, graduate education opportunities as well as federal student financial aid, particularly in federal fiscal year 2014 and beyond,” Falle said in an email interview. “UC continues to urge Congress to stop the sequester and protect education, research and healthcare which are critical to California, the nation and our economy.”

It is expected that non-defense discretionary accounts, such as the National Institutes of Health (NIH), National Science Foundation and the Department of Energy Office of Science, will be impacted by cuts of five to six percent.

Berglund said that a lot of uncertainty still remains as to how existing research projects will be affected, as a grant from NIH can span from two to five years, but new research projects may be most impacted.

“Every year there is new research being done, new research being started and [since] there is less money, there will be less of those projects starting, so it’s really critical,” Berglund said. “There might be an impact already, in that some of our investigators who have applied for funding might not get any information … it takes a longer time for NIH to make decisions in funding now, so the process is slowing down.”

Berglund said that five percent of cuts in NIH funding will correspond to a loss of $6 million.

“It’s a lot of funding … We’re doing whatever we can to encourage people to apply for other types of funding and … be as efficient as possible in this situation,” he said.

In a Feb. 25 teleconference, NIH director Dr. Francis Collins said the agency will be unable to give funding to hundreds of new grants that would have otherwise been funded.

“This is a serious problem, and of course it is interesting when you look across the world and you notice that other countries have read our playbook for the last 50 years, even though we seem to have forgotten it,” he said.

In addition to research, financial aid programs will also be struck, resulting in 8.2 percent cuts to educational programs that assist California college and university students.

According to the California Student Aid Commission (CSAC), Pell Grant awards will face reductions after the first year of the sequestration.

There will be 5,700 Federal Work-Study recipients that will see a 9.8 percent cut in funding and 15,000 Federal Supplemental Educational Opportunity Grants that will encounter cuts of 8.7 percent — $16.7 million in total.

“The Commission sent a letter urging the President and to the U.S. Congress to take all steps necessary to protect students from the harmful sequestration cuts to financial aid and educational support services proven successful in California and across the nation,” said Patti Colston, CSAC spokesperson, in an email interview.

Outgoing UC President Mark Yudof also sent a letter on Feb. 26 to members of the California delegation, urging for an agreement to be reached and to “ensure that federal research and educational funding is not indiscriminately harmed.”

The House and Senate each plan to develop budget resolutions by April 15.